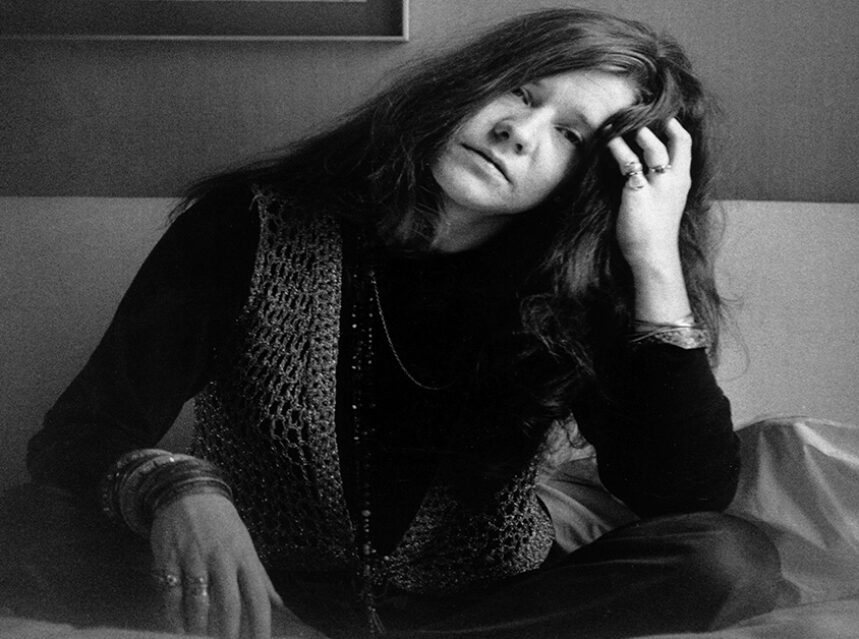 Janis Joplin is regarded as one of the legendary voices of rock ‘n’roll to emerge from the late 60s. Her raw-sounding voice that was influenced by blues music created a unique sound that kept audiences and record buyers spellbound when she belted out such signature tunes as “Piece of My Heart” and “Me and Bobby McGee”.

However, throughout her short 27-year life, Janis spent most of that time not only trying to carve out a career in music, but also to try and gain acceptance from her world (especially where she grew up in her native Port Arthur, Texas), which constantly rejected her because she wanted to be different in a place where conservatism and conformity were the norm. It was a vain struggle that ended with her tragic death from a heroin overdose in October of 1970.

Janis’ struggle for that acceptance as she gained stardom in the rock music world is the main theme of Holly George-Warren’s excellent biography Janis: Her Life and Music.

Basically, throughout her formative years, Janis Joplin was a talented, yet rebellious person at a time when such behaviour was barely tolerated at best. However, her refuge was music, particularly blues music, and she traveled between the clubs in her hometown and Louisiana on a regular basis to hear the best blues musicians perform to their devoted followers. Such behaviour constantly made young Janis an outcast to her family (especially her mother), as well as her school classmates.

It wasn’t until she pulled up stakes and moved to San Francisco that Janis became a regular in that city’s rock music scene and a popular performer there. And yet, it still wasn’t enough to gain acceptance from her parents and hometown friends, which lead her to dive head first into a maelstrom of drugs, alcohol and wild sex.

Ms. George-Warren believes that the one thing that made Janis Joplin live in such a tragic, fast-track life was “The Saturday Night Swindle”, a rather dark, fatalistic concept that was developed by her father Seth Joplin. According to him, writes Ms. George-Warren, the swindle was when “people mistakenly believing that if they work hard all week, they’ll get to have fun on the weekend–that there’ll be a payoff for the drudgery and hardship of everyday life. But what actually happens is that the reward never materializes; you’ll be cheated by life’s vicissitudes…leading to a life filled with disappointment and unhappiness.”

And it looks like that “Saturday Night Swindle” was a cloud that hung over Janis throughout her short 27-year life. Even when she signed her first recording contract with Columbia in 1967 as part of Big Brother and the Holding Company, Joplin and Columbia Records boss Clive Davis realized that she was too talented to remain with that and, which led to a harsh, acrimonious break up at the end of 1968.

Thanks to the fact that Ms. George-Warren got complete access to Joplin’s archives and long lost interviews, as well as unprecedented interviews with many of her band mates, friends and surviving family members (including her younger sister Laura), we get a complete portrait of probably one of the most revered, yet misunderstood, rock music artists of all time. From her freewheeling days in San Francisco, to her breakout performance at Monterey Pop, to her disastrous experience at her 10th anniversary high school reunion in 1970, to putting together the elements of her final album “Pearl” (which is probably one of the greatest swan song albums in rock music), Janis: Her Life and Music gives readers a look at the person and artist behind the legend; a legend who wanted to leave her mark in the world of rock music in her own style, on her own terms, regardless of what the rest of the world agreed with her or not. As Janis stated in one of her final interviews: “You give up every constant in the world except music. That’s the only thing in the world you got.”

Other book reviews from totimes.ca and mtltimes.ca