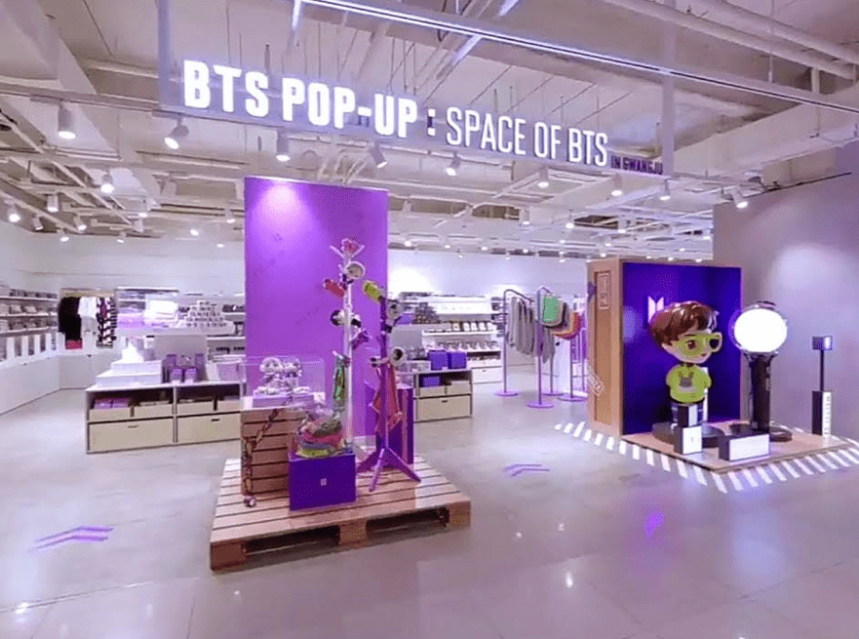 TORONTO, July 25, 2022 – The highly successful and long-awaited BTS POP-UP : SPACE OF BTS Toronto store opening next month will be the first of its kind in Canada, carrying a plethora of BTS merch and located right in the heart of downtown Toronto.

21st century pop icons BTS are a seven member group from South Korea that has become a global sensation. With constant success since their debut in 2013, BTS have been breaking records worldwide including six No. 1 Billboard Hot 100 singles in a year and just over a month, and multiple sold-out stadium shows across the world. This pop-up comes at the perfect time with the recent launch of their new album Proof which was released on June 10, 2022.

The highly anticipated BTS POP-UP : SPACE OF BTS in Toronto store is expected to garner much success amongst the K-pop community already with multiple store locations in cities such as Seoul, Busan, Daegu, and Gwangju.

What you will find at the BTS POP-UP : SPACE OF BTS Toronto store

This spectacular store will carry various merchandise in multiple themes within one store, including IN THE SOOP, PERMISSION TO DANCE, BUTTER, and many more. With numerous interactive elements, customers can expect a fantastic experience at the new BTS POP-UP : SPACE OF BTS in Toronto store.

The new store will carry various merchandise from stationery, apparel, homeware, and fashion items. Due to the high demand for merchandise, these products will be sold until supplies last and have limited restock once sold out.

Where BTS POP-UP : SPACE OF BTS Toronto store is located

BTS POP-UP : SPACE OF BTS in Toronto have teamed up to bring exceptional products inspired by BTS albums to Canada for an immersive in-store experience equipped with new interactive elements. The 2500 sqft store will be located at one of Canada’s leading shopping malls, CF Toronto Eaton Centre. Conveniently situated in the downtown core of Toronto, The Eaton Centre is the largest and busiest mall in Ontario. It is in close proximity to the CN Tower and tourist destinations, attracting countless high-profile brands and shoppers alike.

Following the anticipation of the BTS POP-UP : SPACE OF BTS, store hours have been extended two hours before and after traditional mall hours on opening day. As well as an additional hour following the launch day weekend, allowing for heightened accommodations for customers to shop and experience the new store. Shoppers can expect an exclusive Toronto giveaway and promotional incentives on launch day to welcome them to the new store!

There is so much excitement and anticipation with the BTS POP-UP : SPACE OF BTS coming to Toronto! The store is set to open in late August 2022.

BTS Store Toronto, When does BTS toronto popup open, Where is the BTS popup Toronto