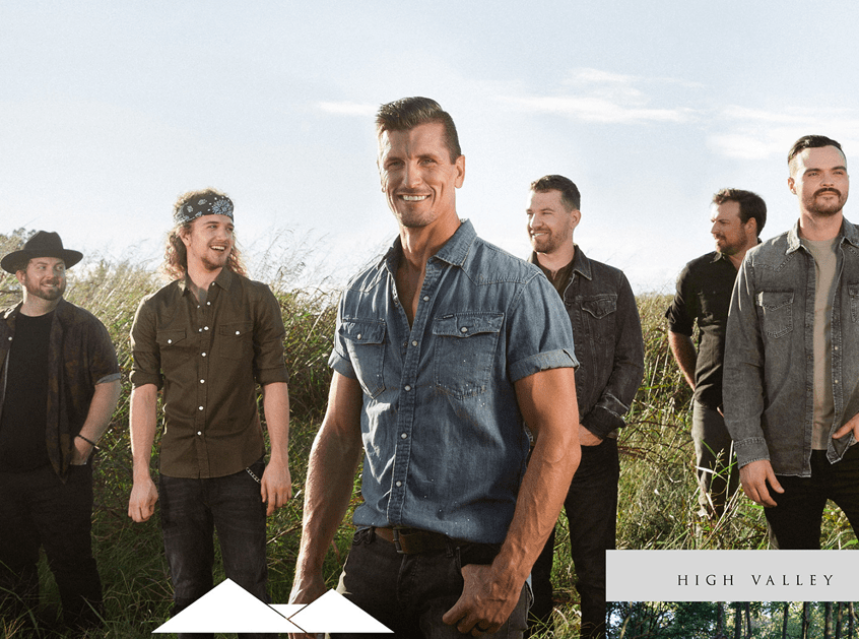 TORONTO, ON, November 12, 2021 — Alberta’s High Valley are back with brand new music just released today, November 12. “Whatever It Takes,” and “Never Not,” are brimming with the group’s signature sound of positive-minded, bluegrass-tinted country adored by audiences globally. The brand-new music will receive its national broadcast debut on November 13 when founding member and lead singer/songwriter, Brad Rempel joins Ron MacLean on Hockey Night In Canada on Sportsnet as a guest analyst.

“It feels so amazing to be releasing new music again,” says High Valley’s Brad Rempel. “From the moment we started writing ‘Whatever It Takes’ we felt like we had captured that signature High Valley magic! I’ve always felt that we were at our best and most natural when we tap into that bluegrass stomp kind of sound that we love.”

“’Never Not’ is such a truthful song for us and the second verse is maybe one of the most honest straightforward lyrics I’ve ever written,” continues Rempel. “I have big dreams and hopes for this song finding its way into the hearts and lives of our fans!”

Led by Brad Rempel, High Valley are the highest selling Canadian band in Country music history with over half a billion streams to date. The new music follows back-to-back Gold certified singles in the US, three No. 1s at Canadian Country Radio, two Gold certified albums, and six Platinum certified singles. The band has received praise from Rolling Stone,Billboard, People and more for their soaring harmonies and memorable songs influenced by artists such as Diamond Rio, the Everly Brothers and Ricky Skaggs, the latter of whom has served as both a mentor and collaborator.

As a frequent performer at Nashville’s Grand Ole Opry, High Valley is known for their fan favourites and North American radio smash hits “Make You Mine” and “She’s With Me,” along with streaming sensation and #1 chart-topper “Grew Up on That.”

Formed in Blumenort, Alberta, a small community near the hamlet of La Crete, High Valley have received nominations for ACM New Duo of the Year and have earned multiple CCMA Awards wins and JUNO Awards nods. In addition to appearances on Live with Kelly and Ryan, TODAY and CBS This Morning, the rising group has brought their music to fans across the world selling out shows in the US, Canada, Germany, and the UK.