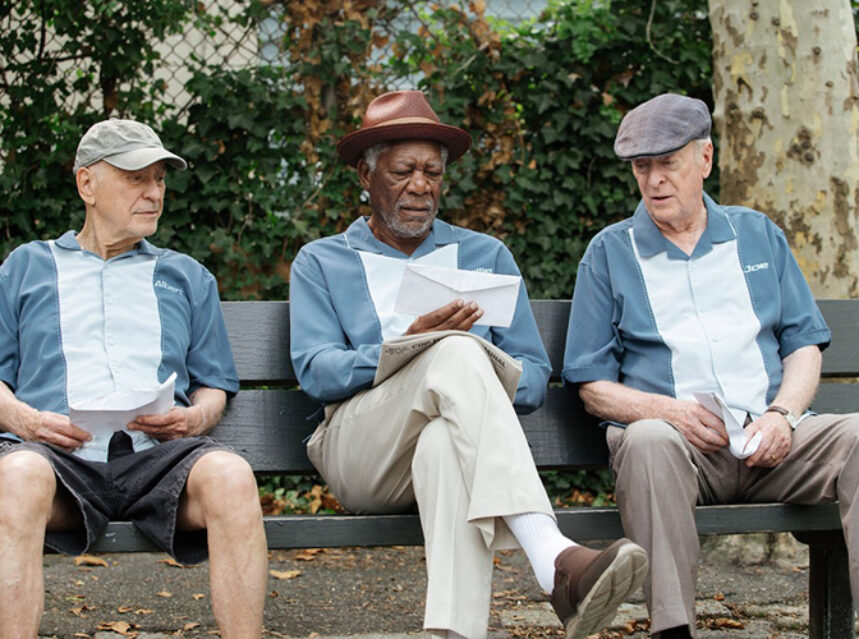 Going in Style – No question, this is a “feel-good” movie, after all, banks are surely at the top of the list of what people love to hate the most. In this story, three seniors, sufficiently humiliated and mistreated by their financial institution and by the cuts to pension plans by big corporations that move their operations overseas, decide that they have to do something to recover their money and dignity. Joe (Michael Caine) facing the prospect of losing his home, Willie (Morgan Freeman) in need of a kidney operation that he can’t afford, and Albert (Alan Arkin) a frustrated musician with unaccomplished dreams, see in robbing a bank their only opportunity to restore some justice to their precarious situation.

Of course, engaging in an illicit activity won’t be easy for these people who always acted as good, law-abiding citizens. As a kind of rehearsal, they try some minor illegal operation at a local supermarket, which ends in total failure and creates a hilarious situation. The robbery of a bank, however, would be a far more dangerous undertaking and for that, they would also require some professional advice.

The story doesn’t rely only on the main event: the bank heist, but it also provides a sometimes moving insight into some of the personal lives of the seniors. Joe’s close connection to his daughter and especially his granddaughter Brooklyn (Joey King), Willie’s wishes to see his family living in another city, and Albert who at first seems reluctant to start a relationship with Annie (Ann Margret).

Directed by Zach Braff and written by Ted Melfi, “Going in Style” is a comedy that should appeal to all audiences. It has a lot of comic situations, but it also makes us reflect on the way in which banks and big corporations behave regarding their employees and society in general.