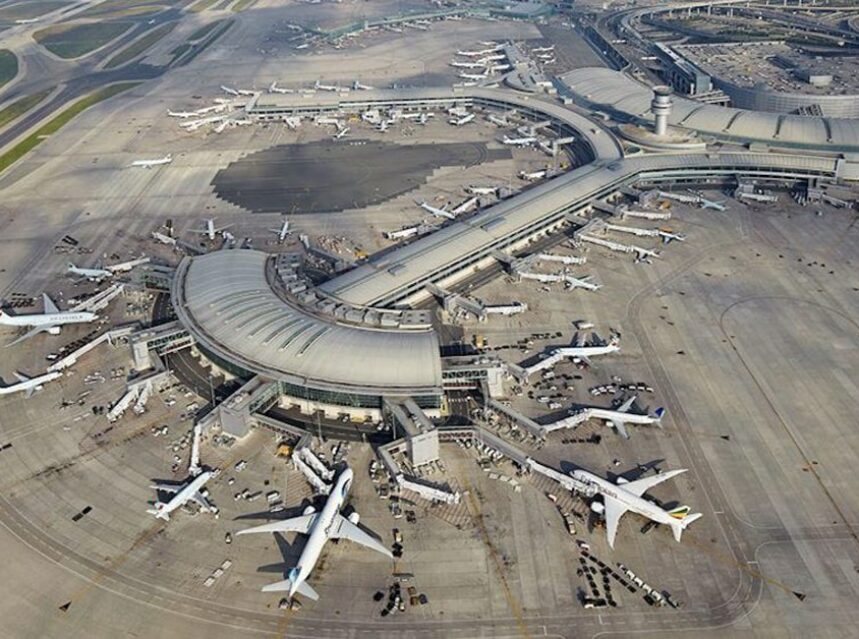 TORONTO, June 9, 2022 – The Greater Toronto Airports Authority (GTAA) thanks the federal government and Ministers Alghabra, Duclos, Mendicino and Boissonnault for their commitment to reduce delays for arriving and departing passengers at Canada’s hub airports, and for the progress that has been achieved. GTAA says “their response to our request for the addition of more Canadian Air Transport Security Authority (CATSA) and Canada Border Services Agency (CBSA) officers is making a difference.”

GTAA also says that more work is required by the Government to address international arrivals is also welcome. In a few days, international passenger numbers are set to increase by 50 per cent. In anticipation of a new wave of business and family travellers the GTAA is urging the federal government to act immediately to temporarily pause random testing on arrival in airports for an immediate improvement until upgrades to the Government’s ArriveCan app have been made.

In May of this year, 2,700 arriving flights were affected by metering or holding, affecting the travel plans of over 490,000 international arriving passengers. Travellers are being further delayed because of the time it takes to select passengers for random testing.

On Wednesday, Toronto Mayor Tory spoke out to reporters following former NHLer Ryan Whitney’s viral video on Twitter, in which he calls Pearson the “the worst airport on earth.”

“The situation at the airport is not acceptable at it presently it. It’s just not acceptable,” said Toronto Mayor John Tory said at a press conference on Tuesday morning. He went on to say that the major dealys at Pearson are more than just a Toronto problem, stating that Pearson “is the gateway to all of Canada.”

The GTAA says it is collaborating with the Government on concrete solutions and is taking every conceivable step to ensure the airport is ready this summer. This includes deploying more staff to aid in the processes that have been introduced during the pandemic, with CBSA adding more kiosks in the Canada Customs Hall, and hiring additional staff.

“The stakes have never been higher, and the world is watching,” said Deborah Flint, President and Chief Executive Officer (CEO), GTAA. “We’re thankful for the steps that the federal government has taken and their recognition that more needs to be done. This is about much more than Toronto Pearson; it’s about global perceptions of our country and the risk that Canada will lose billions of dollars from tourism and business activities if travellers decide that coming to Canada this summer simply isn’t worth the hassle.”

“Toronto Pearson’s challenges are unique simply due to scale by virtue of the fact that we are Canada’s largest airport and global hub for connectivity all over the world, with much higher volumes of passengers and, importantly, more international passengers than any other Canadian airport,” Flint continued. “We are committed to collaborating with all partners to implement concrete solutions.”

The Greater Toronto Airports Authority is the operator of Toronto – Lester B. Pearson International Airport, Canada’s largest airport and a vital connector of people, businesses and goods. Toronto Pearson has been named “Best Large Airport in North America serving more than 40 million passengers” for five years in a row by Airports Council International (ACI), the global trade representative of the world’s airports. In recognition of its Healthy Airport program, ACI has also awarded Toronto Pearson the “Best hygiene measures in North America” award for two years running, and Toronto Pearson was the first Canadian airport to receive ACI’s global health accreditation for its response to COVID-19.