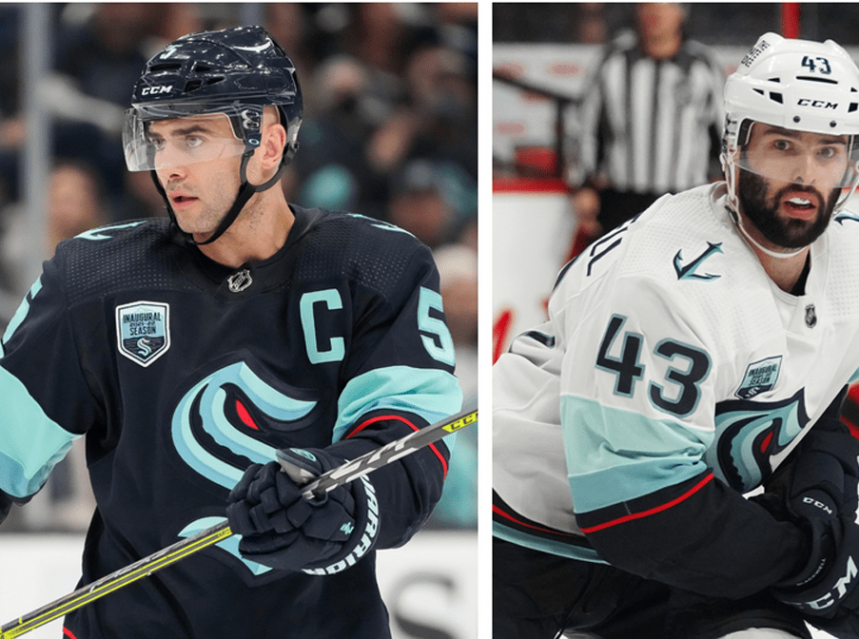 Mark Giordano, 38, has recorded 23 points (six goals, 17 assists) in 55 games and ranks second in TOI/GP (21:29) with the Kraken this season while serving as the franchise’s first captain. In 1,004 career regular season games with Seattle and Calgary, the Toronto native has registered 532 points (149 goals, 383 assists) while collecting seven points (one goal, six assists) in 23 career Stanley Cup Playoff contests.

It goes without saying that Giordano will deliver even more added leadership as well as experience on the blueline.

Internationally, Giordano has represented Canada at the 2010 IIHF World Championship and the 2007 Spengler Cup.

On the international stage, Blackwell captured a bronze medal with the United States at the 2021 IIHF World Championships.

Blackwell was originally selected by the San Jose Sharks in the seventh round (194th overall) of the 2011 NHL Draft.