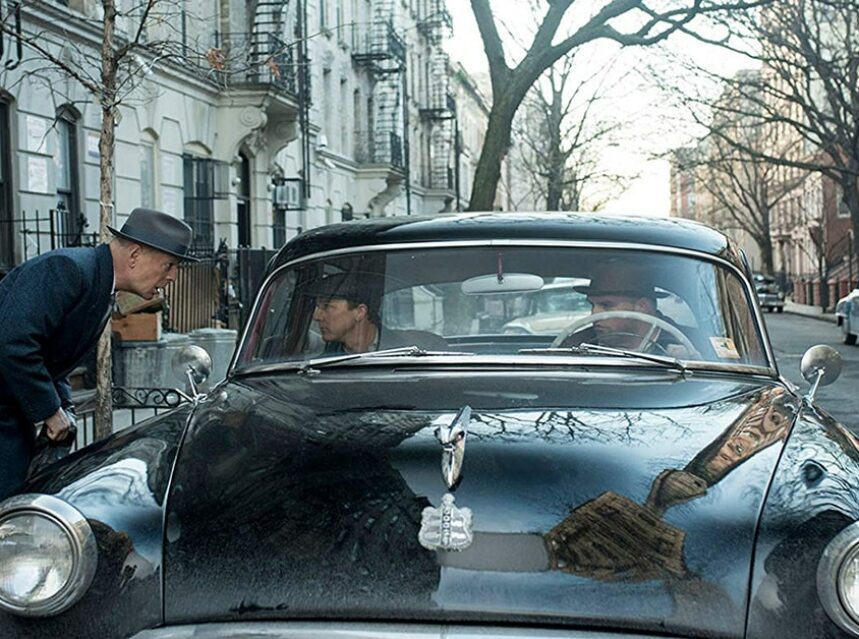 Edward Norton directs and plays the leading role in this film set in New York in the 1950s. At the beginning of the movie, we see Lionel Essrog (Norton) and Gilbert Coney (Ethan Suplee), waiting in a car for their boss, private detective Frank Minna (Bruce Willis). It is not clear what kind of meeting Frank had arranged with some unknown visitors, but as a result of what happens during that encounter, he is shot. Lionel and Gilbert would desperately try to save their boss’s life by taking him to a hospital. Still, despite these efforts, Frank is dead.

For Lionel, a sufferer of a neurological condition called Tourette Syndrome, Frank was more than a boss, in fact, he was a father figure to him.  Therefore he decides to launch his own investigation into who were the killers of the sleuth and why they shot him.

In his search, Lionel will be looking for a variety of clues, among them a connection with a jazz club, a lawyer involved in civil rights, and an apparent lonely and marginalized man. The jazz club would provide some new material for Lionel’s investigation, but it would also put him in grave danger.  Laura Rose (Gugu Mbatha-Raw) for her part, plays an active role in defense of black neighbourhoods targeted for demolition and for new real estate developments. The unknown man (Willem Defoe) on the other hand, also has a critical connection to the individual who is key in the whole affair: real estate mogul Moses Randolph (Alec Baldwin).  Randolph also runs the public works and other borough commissions.

Like many other situations of corruption; however, proving the connections between the developers and the public officials will not be easy. In the middle of all of this, there is the politics of the time, the rise of the civil rights movement, and the pressure to develop areas in the city populated by poor people, who would then be displaced.

A film noir with political overtones, and in the tradition of a classic such as “Chinatown,” Norton’s “Motherless Brooklyn” manages to engage the spectator with a story that has some twists, transmits a dark atmosphere very effectively and presents a cast with prominent names.  Norton delivers a convincing portrayal of a man affected by genuine grief and fully dedicated to finding the truth behind the death of his mentor. Perhaps the almost two and a half hours length of the film could have been shortened somehow, but otherwise, it is a movie worth seeing.