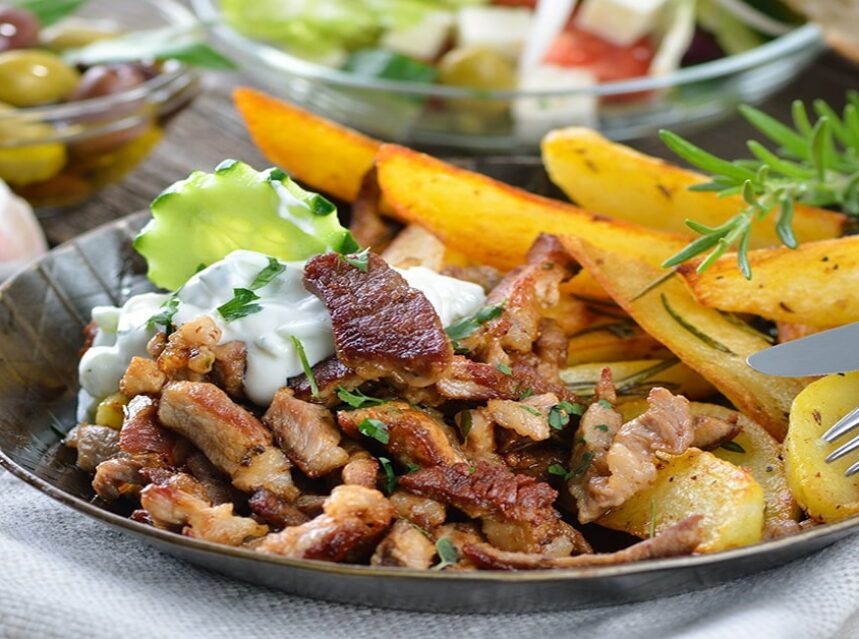 For many North Americans, when you think of Greek food, souvlaki, yero, doner, feta cheese and moussaka usually come to mind.

However, Greek cuisine differs according to what region of Greece it originated from. For Montreal filmmaker and TV producer Christos Sourligas, the son of Greek immigrants, he grew up eating Greek fare that came from the country’s mountainous regions, as opposed to the widely familiar Greek islands and seaside villages.

As a salute to his mother Evdokia’s talent as a fine cook of authentic Greek dishes, he put together My Big Fat Greek Cookbook, which will officially appear in bookstores as of October 22, and is now available for pre-order on Amazon.ca.

Originally, Sourligas set out to do the book as a legacy project to his mother, who at one time, was diagnosed by her doctor that she had a life-threatening illness, and had 12-18 months to live. With a great deal of determination, he decided to put together a cookbook that would document her Greek food recipes as a means to preserve them for future generations to savour and enjoy for years to come.

“I thought this book was born out of need, as a gift to my mother and her family before she passed away,” he added. “It was originally going to be printed in black and white, with a limited run of 100 copies that I would give to just friends and family.”

Thankfully, his mom survived and is alive and well to this day, but this did not stop him from putting the book together and learn how she made these recipes. “I would seat myself at the end of the kitchen table and watch my mom prepare the food. And as she would go about doing it, I would type away about that certain recipe,” he said. “It was a difficult process. My mom usually cooks by feel, and it took me half a year to show her how to use a measuring cup, kitchen utensils and a scale. It was almost like a comedy, but I had to standardize the recipes, so that the reader could understand the process.”

The book contains a total of 65 recipes, which Sourligas admits was the entire repertoire of southern Greek dishes that his mother cooked and that he and his family enjoyed throughout his lifetime. They range from familiar dishes like moussaka (which he admits is quite time-consuming to prepare; “All you need is a bottle of red wine, listen to a lot of music, and the time will go fast,” he added), to such uncommon recipes as Jellied Tripe Soup, Boiled Goat and Stewed Okra. However, the chapter with the most number of recipes deal with desserts.

“My mom had quite a sweet tooth. And when you grew up in the mountain villages of Greece, you had to be quite creative with the little amount of dried fruit, sugar and flour that were available to you,” said Sourligas. “And six of those dessert recipes are related to holidays that are mentioned in the Greek calendar.”

But why the decision to label the recipes that are featured in the book as “classic Mediterranean soul food”?

“The majority of English language cookbooks today associate Greek cuisine with fish, Omega 3 and living on the islands of Greece. If you grew up on the islands, you didn’t have to immigrate because fisheries and tourism kept the islands going,” he said. “If you lived in the mountains, life was difficult because it was tough to cultivate the land and you didn’t have any access to the sea; it would take hours to walk from there to the local coastal town. They were peasant people who ate simple foods, which is why they cooked a lot of basic meals that were usually of the meat-and-potato variety. This is why the book went the way of what my mom grew up eating and the food me and my family grew up eating.”

Note: Christos Sourligas will conduct a book signing on November 2 at 2 p.m. at the Appetite for Books bookstore, which located at 388 Victoria Avenue in Westmount. As well, Chef Jonathan Cheung, the bookstore’s owner, will be on hand to prepare a number of the recipes that are featured in My Big Fat Greek Cookbook.

Nissia – Ready for the Spotlight