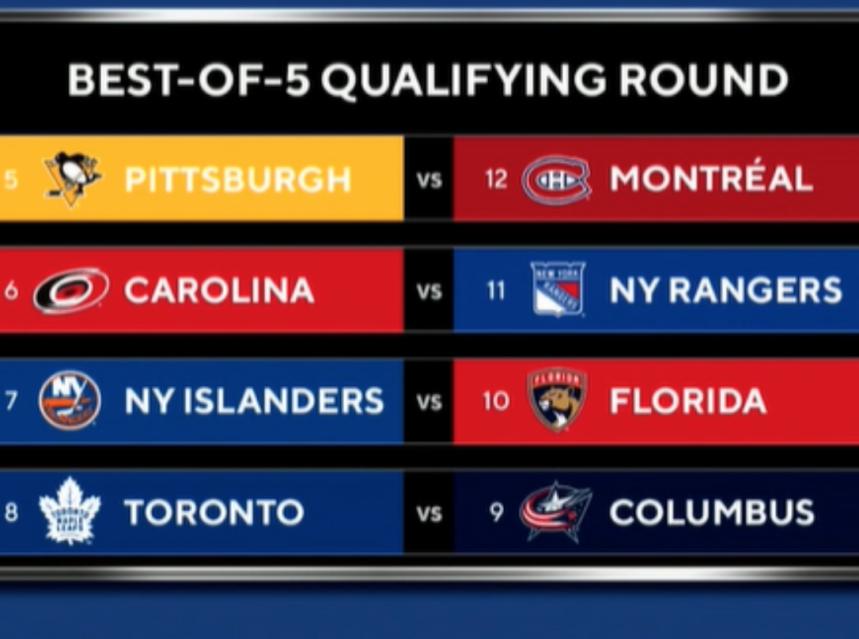 Toronto, ON., May 26, 2020 — Just announced by NHL commissioner Gary Bettman on Sportsnet’s Tim & Sid Show is that the NHL playoff format will be 24 teams playing in two hub cities yet to be determined. The 24-teams that qualify will be based on the order of finish determined by each team’s points percentage as of March 11, when the NHL season was paused.

The top four teams in each conference will automatically qualify for the first round of the playoffs and avoid playing in play-in rounds. They will, have to play a three-game intra-conference round robin to determine their Round 1 seeding. These teams are Boston, Tampa Bay, Washington, Philadelphia, St. Louis, Colorado, Dallas and Las Vegas.

Bettman then said the remaining eight teams in each conference, which includes the Leafs, will have to play a best-of-five “qualifying round” series to determine which teams advance to the first round of the playoffs. These games will be played with playoff overtime rules. Regular-season overtime rules will apply to these games.

For the Toronto Maple Leafs, this means they will be facing off against Columbus Blue Jackets in the first Best-of-Five Round while the Montreal Canadians, originally out of the playoff hunt will play the Pittsburgh Penguins in the first round.

A decision on which two cities will serve as the hubs to complete the playoffs have not yet been determined, but Bettman suggested that the following cities are under consideration: Chicago, Columbus, Dallas, Edmonton, Las Vegas, Los Angeles, Minneapolis/St. Paul, Pittsburgh, Toronto and Vancouver.

The NHL commissioner also said that it was too early to confirm actual start dates but training camps wouldn’t open until at least mid-July and that the playoffs will go into the early fall.

This is how the qualifying NHL playoff matchups will look: