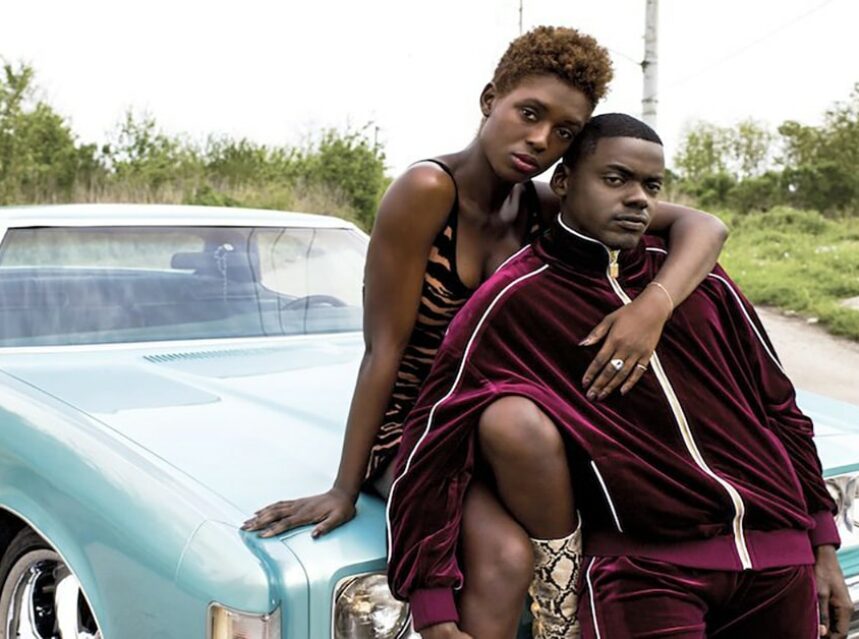 “I believe in destiny,” says at one point Slim, the black man (Daniel Kaluuya) who that night was on a first date with Queen (Jody Turner-Smith).  He would hope that the encounter would end up with a more fortunate outcome. But no: “You’ll go to your home, I’ll go to mine” says the woman while Slim is driving her back to her place. “No sex” she would remark. Destiny however had something else for the couple: a minor infraction causes a police officer to ask Slim to pull over, after a few moments it is clear that the officer (Sturgeon Simpson) is just trying to find some excuse to arrest the black man. An incident would occur, the officer who happens to be racist, shoots at the woman causing a superficial injury to her leg. A fight ensues and, unintentionally, Slim kills the officer.

What follows is a long journey through various states, the couple would count on the help and support of fellow blacks, but the police are also following their steps very attentively.

“Queen & Slim” directed by Melina Matsoukas and written by Lena Waithe, featuring a mostly black cast, is a well-conceived drama although at times it is a bit slow. The story makes a good point and a critical commentary on the current racial situation in the U.S., in particular the relationship between police forces and blacks. Running time: 132 min.

KNIVES OUT: A whodunnit with an ironic touch and star studded cast (Trailer)

Last call at Ontario bars will be dialed back to 11 pm, strip clubs told to shut down