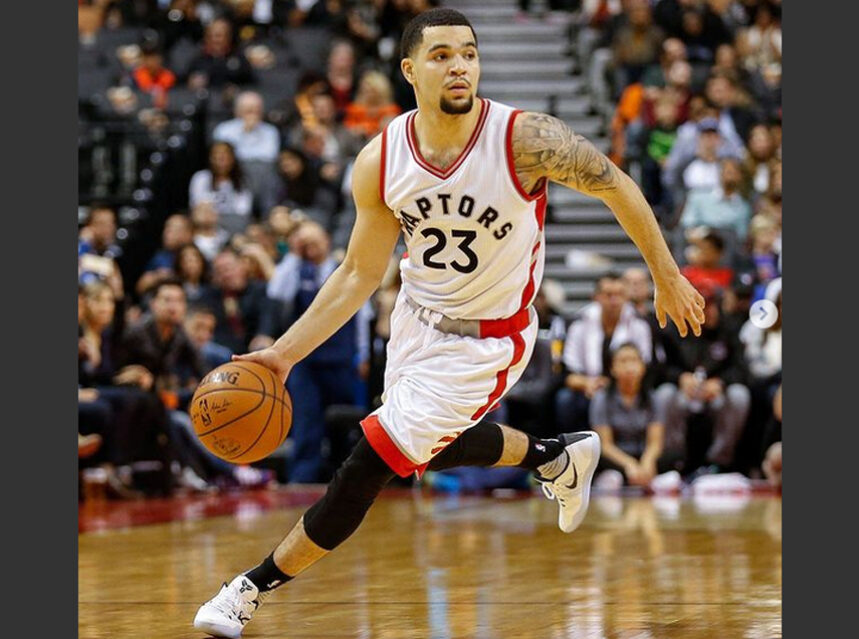 Toronto Raptors guard Fred VanVleet will remain with the 2019 Champions, agreeing to a 4-year $85 million deal. Sportsnet’s Michael Grange posted on Twitter that the contract starts at $21.25 million next season, decreases by eight per cent in 2021-22, then ramps up again, per Grange. This structure helps the Raptors preserve some cap space heading into the loaded 2021 off-season.

VanVleet joined the Raptors in July of 2016 after being undrafted and he then spent much of his that first season playing in the G League with Raptors 905.

Freddie VanVleet’s new contract is the largest total value for any undrafted player in NBA history.

Raptors star Kyle Lowry took to Instagram to convey how thrilled he is about the re-signing of Freddie V. “BOY!!! BET ON YOURSELF!! This day has legit come from blood, sweat and broken teeth 😂😂😂This my little brother yo , I’m so happy for him y’all don’t understand man!! Wow since day ONE I knew this man was special!! He’s now seeing the blessing from the hard work he’s been putting in the time the effort to become this MAN FIRST and basketball player!!” said Lowry.

Now with that important bit of business out of the way, the Raptors are expected to focus on the re-signing of Toronto “style” guru, Serge Ibaka. The 31-year-old 7-foot forward is drawing heavy interest from as many as 10 teams in the free agent market.