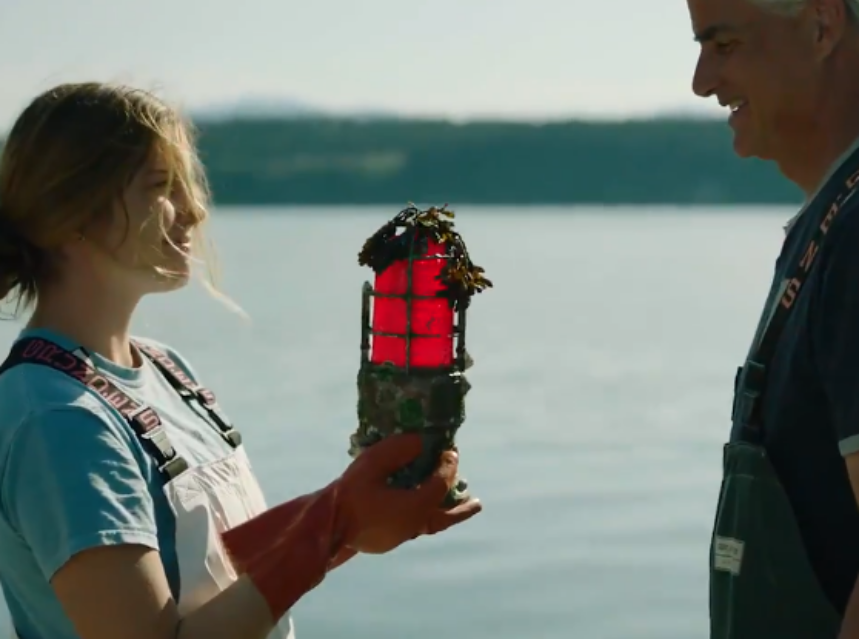 SEATTLE, WA., July 23, 2020 — Last night the new Seattle NHL franchise posted a video teaser that they will be announcing their team name at 9:00 am PT, noon Toronto time today.

Not surprisingly, due to the city’s proximity to the sea, the video suggests that the NHL’s 32nd franchise will sport an ocean or nautical theme. The video focuses on a red light similar to the light that goes on when a goal is scored. The fog horn of the ferry is then sounded in the background.

Many people on social media are suggesting the name will be Kraken but at the same time the emphasis on the red light suggests perhaps it may be related to port or beacons.

Meanwhile, the colour scheme is also heavily weighted towards teal, sky blue, yellow and salmon and orange. But this is only guessing. All will be revealed at 12:00 noon ET July 23, 2020.

Whatever the name and colours are, this was a fun way to get Seattle and NHL fans excited for the new team. Of course, numerous Canadians shared their disappointment that the new NHL franchise is not coming to Canada. Quebec was also in the running when the board of governors chose Seattle.

On December 4, 2018, the NHL approved a proposal by Seattle Hockey Partners—an ownership group led by David Bonderman, Jerry Bruckheimer, and Tod Leiweke—to grant an expansion franchise to the city of Seattle.

The new Seattle team will begin play in the 2021–22 NHL season in the Pacific Division of the Western Conference. The team is owned by Seattle Hockey Partners and will play their home games at Climate Change Arena, a redeveloped version of Seattle’s KeyArena, the former home of now-departed Seattle Supersonics of the NBA.