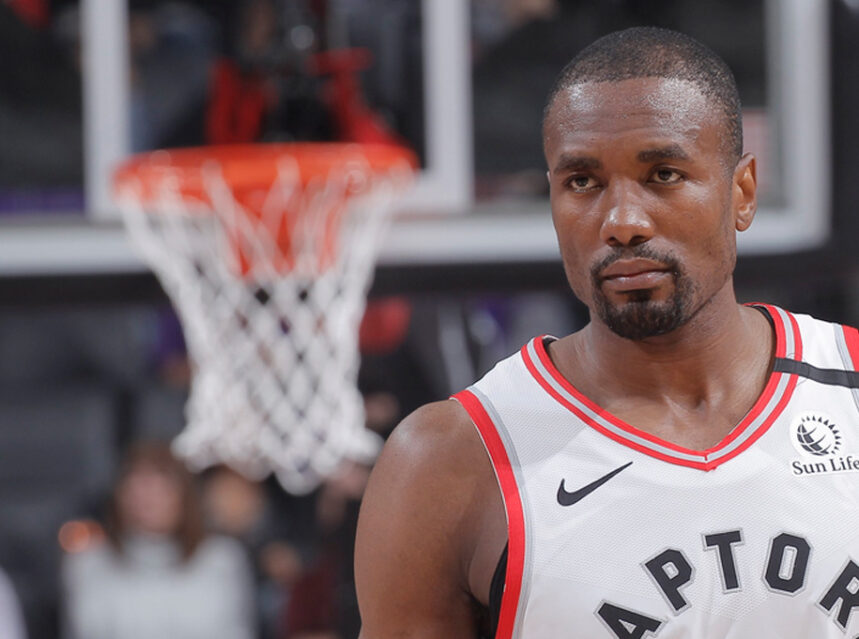 No sooner had the announcement come that the Raptors re-signed Fred Vanvleet, than the hot rumour started that Toronto’s big man of style, Serge Ibaka was LA bound. The first hint came on his wikipedia page, where it briefly said Serge Ibaka is a member of the LosAngeles Clippers, before it quickly switched back to saying he was a Toronto Raptor.

The move was somewhat unexpected to Raptors faithful, considering how much the man of style has endeared himself to the city of Toronto particularly with his “How bored are You?” and “How Hungry Are You?” social posts along with sharing scarf and pandemic tips with Toronto’s top doctor, Dr. Eileen de Villa.

Curiously, neither the Raptors or Clippers have posted about the signing on social media.

Losing “Mafuzzy Chef” means the Raptors will be without another important member of their 2019 championship squad, without a viable replacement. In addition to this Jurassic upset, Marc Gasol another Raptors’ key free agent centre could also be moving on, with numerous suitors clambering for his services.

Last year Ibaka had one of his best seasons with the Raps after joining them from the Magic in 2017. He averaged a career-high 20 points and 11 rebounds a game on a per/36-minute basis, and shot 39 per cent from three on nearly five attempts per game.

He was and important figure contributing his heart and soul to this city and will be dearly missed by the Raptors, their fans, the city of Toronto and fans across Canada for that matter.