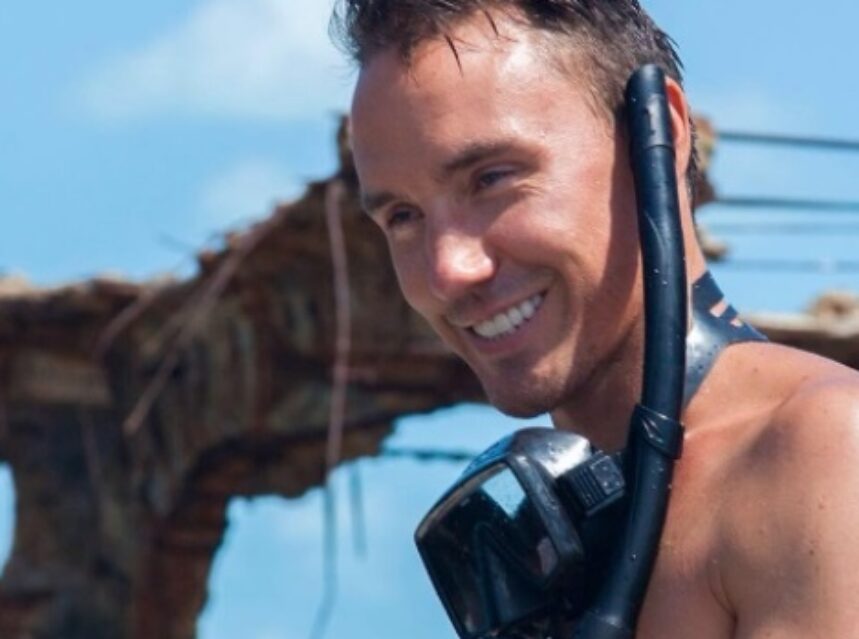 Shark filmmaker Rob Stewart missing from the Florida Keys since Tuesday has been identified as a well-known Canadian underwater filmmaker and conservationist from Toronto.

Shark filmmaker Rob Stewart, Rob Stewart, 37, was diving with a small group on the wreck of the Queen of Nassau near Alligator Reef off Lower Matecumbe Key in about 225 feet of water, his sister Alexandra Stewart said by phone from Toronto on Wednesday morning. He was filming an instalment of his Sharkwater documentary series, she said.

Stewart and another diver were using closed-circulation rebreathing dive equipment instead of conventional scuba tanks, which are open-air circulation, according to an email from the conservation group Sea Shepherd.

They both resurfaced about 5:15 p.m. Tuesday and the other diver got onto their dive boat boat and passed out. When the dive boat crew went to retrieve Stewart, he was no longer in sight. According to the Sea Shepherd email, the boat crew members think Stewart passed out as well and floated off.

His sister said she is worried that his buoyancy control device, which keeps divers floating at the surface, isn’t fully inflated.

Rebreathers recirculate the diver’s air by passing it through a scrubbing pad, which takes out the carbon dioxide. The devices have advantages, especially when filming wildlife, particularly the lack of bubbles to scare off fish. But they also pose more risk to the diver’s safety than conventional scuba tanks.

The crew of a vessel called The Pisces reported Stewart missing around 5:15 p.m. Tuesday, according to Petty Officer Eric Woodall, a Coast Guard spokesman.

Woodall said the conditions on the water and in the air were favorable Wednesday morning, with 3-foot seas and good visibility. He said there is no estimate on how long the search will contiue.

“There are a lot of variables, but right now, we’re just focusing on locating him,” Woodall said.

Sea Shepherd, whose leader, Paul Watson, was heavily featured in 2002’s Sharkwater, has also sent one if its Miami-based vessels to help in the search for Stewart.

“At this point, we can only hope for the best,” Watson said in a Facebook posting.

In the meantime, Stewart’s colleagues and family are asking for the local diving, fishing, boating and flying communities for their help.

“We’re asking everyone in the area to help out, particularly if they have sonar or infrared equipment,” Alexandra Stewart said.

Stewart’s friends have set up a GoFundMe account to help pay for the costs of the search effort: https://www.gofundme.com/search-rescue-for-rob-stewart