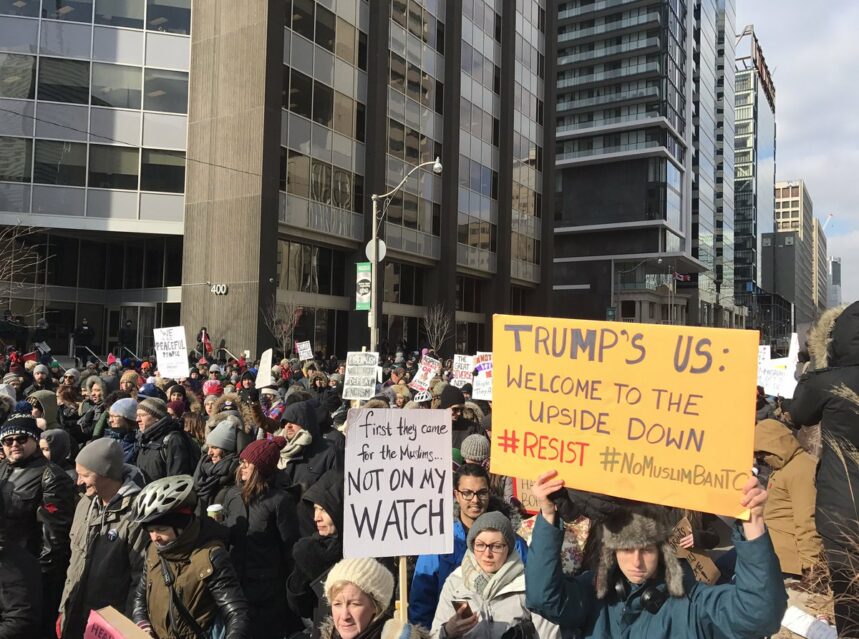 Protests are continuing to happen all over the world as Trump remains President and continues to make remarks about Muslims and immigration laws.

Yesterday, thousands gathered in Toronto, returning to the U.S. Consulate for the second time in a week, to protest Donald Trump and racism. The event was organized with the hashtag #NoMuslimBanTO. Although a federal judge rejected Trump’s executive order on the immigration ban, this protest was more focused around Islamophobia and white supremacy.

The protest also comes after the recent attack on a mosque in Quebec City that left 6 people dead.

Here are some pictures from the event: