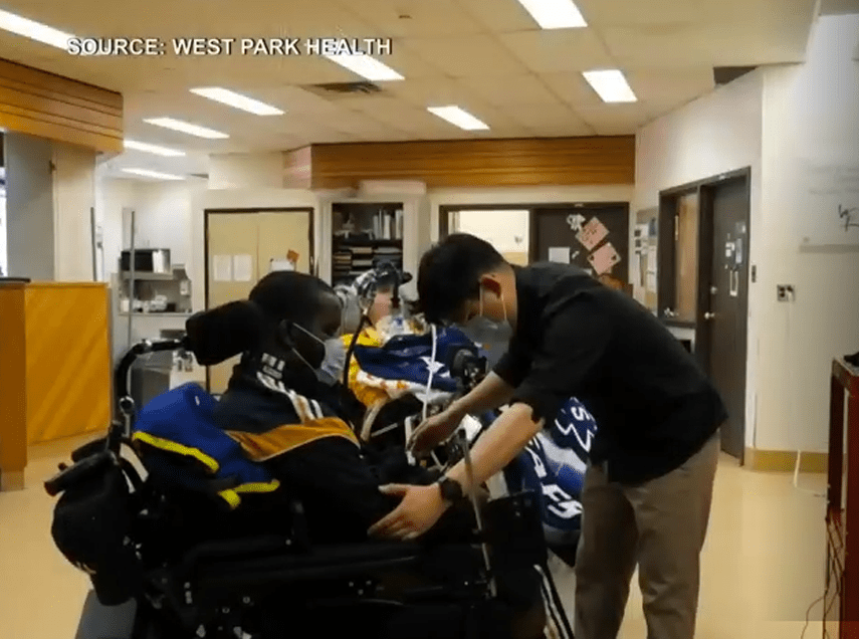 West Park Healthcare Centre in Toronto is launching a revolution in video gaming. The healthcare centre in Ontario teamed up with Xbox to create a unique adaptive gaming program which allows patients with disabilities to play video games, something many of them never dreamed they could do ever again.

West Park Healthcare Centre from Toronto has created a massive adaptive gaming program which saw the production and delivery of a special Xbox controller that fits the needs of most West Park patients with disabilities. This gives them a chance to play video games – something they never thought would happen again.

The Benefits of Adaptive Gaming Programs

The new adaptive gaming program is beyond exciting for West Park patients, but they are not the only ones who could benefit from such a program. This program could mean a lot for all players with disabilities across the globe, as it brings them closer to the world of gaming like all the other players.

For many disabled patients, this is a significant change, as many had been gamers prior to getting injured or have always dreamed of playing video games.

The Centre reported boosts in confidence and self-esteem by the patients, and that’s just the start. One patient at the Centre discussed how video gaming is a source of strength in an emotional sense, as it gives him the confidence to do things he used to do but could not because of his disabilities.

For now, it remains undisclosed what types of games the players at West Park enjoy playing, but the game choice is another interesting topic for discussion should this adaptive gaming program reaches other markets. Could we see them play action games, sports games, or even online casino games?

When there is a will, there will be a possibility – and it would be great to see video games with better representation of disabled players who honour every single player, regardless of their abilities. Better representation, more funding, and we could see an entire section of gaming come to life with increased accessibility for players with disabilities.

Video gaming is not often included in therapy for patients who are hospital-bound due to severe injuries and medical conditions. Up until now, the main obstacles in creating a program that would help such patients referred to the lack of accessible gaming equipment, such as adaptive controllers, VR sets, and closed captions. For years, disabled patients were left out, while major companies kept creating and fine-tuning equipment for players who could physically control the joysticks and controllers. Furthermore, loneliness and the feeling of isolation are generally major obstacles for disabled players. Furthermore, the COVID-19 pandemic added another layer of difficulties to players and patients with disabilities. Studies have shown an increase of 40% of people with disabilities who have been struggling with loneliness.

However, an article published in 2021 by Forbes spoke of the importance of video games for disabled gamers who turn gaming into a form of self-care – but gaming is for many of them still only a dream. But now, it’s time for a change.

Research that’s behind the program is looking into the positive benefits of such programs in healthcare terms. The program creator hopes he could share the results with other healthcare centres that are eager to bring their patients closer to gaming as well.