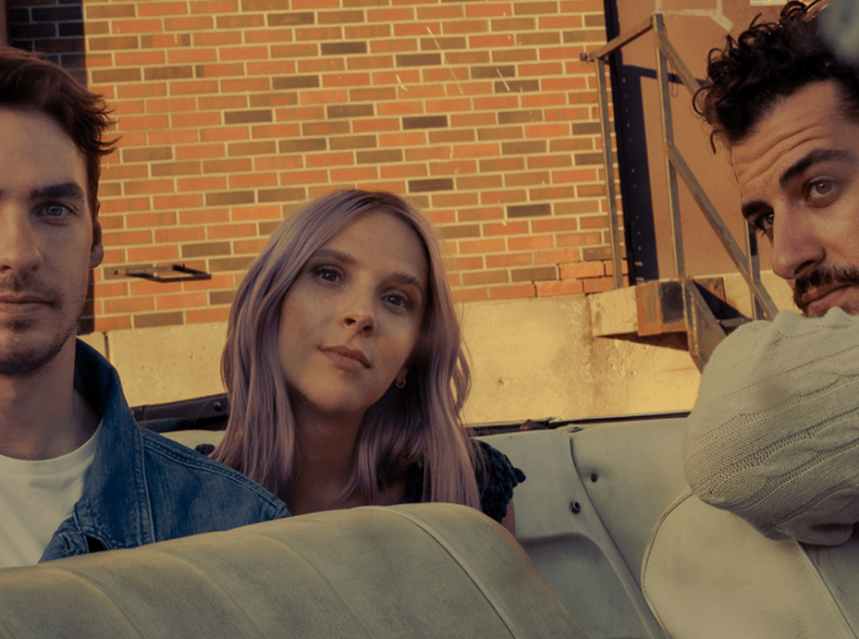 TORONTO, May 8, 2022 – On Thursday Toronto Indie trio Wild Rivers shared a stripped-back version of their fan-favourite single, “Amsterdam.” The original track has over ten million streams and is off their sophomore full-length album Sidelines released earlier this year.

About the song, the band explains, “When we’re writing a song, the three of us are usually sitting in a room with a few guitars, working out the ideas in a raw, stripped-down way. We like to make sure the songs can stand on their own without production before building them out in a session and adding more instrumentation. With this alternative version, we wanted to try and recapture the intimacy of the early acoustic stage of the song’s conception.”

Wild Rivers, who hail from Toronto, are also excited to announce a fall U.S. tour that will launch in September and will include stops at Thalia Hall in Chicago, the El Rey in Los Angeles, The Fillmore in San Francisco, Brooklyn Steel in New York, Darius Rucker’s Riverfront Revival Music Festival, the Moon River Festival, and more. A full list of dates can be found below.

The new dates will follow two sold-out U.S. runs this past winter, a nearly sold-out spring tour in Europe, an upcoming Canadian tour including a headline show at Massey Hall, and a summer of festivals including Bottlerock and Bonnaroo.

Tickets are on-sale now at www.wildriversmusic.com.

Wild Rivers [Khalid Yassein (guitars, vocals, keys), Andrew Oliver (lead guitar, synths), Devan Glover (vocals)] new album, Sidelines, which debuted at #9 in the U.S. on the Spotify Debut Album Chart, captures the band as they navigate their twenties, moving from the college years into the uncharted territories of adulthood.

“Sidelines” was co-produced by Peter Katis (The National, Interpol, Sharon van Etten) and recorded in Connecticut, Los Angeles, and Khalid and Devan’s college town of Kingston, Ontario. Described by Line of Best Fit as “a confident and mature record,” while Wonderland said it is “sure to calm your soul and centre your mind” and Under the Radar lauded the band’s sophomore album as “a piece of poignant pop beauty.” Wild Rivers have earned over 250 million streams and a devoted fanbase for their expertly crafted harmonies, introspective lyricism, and incredible live show.

(for tickets, go to www.wildriversmusic.com/tour)