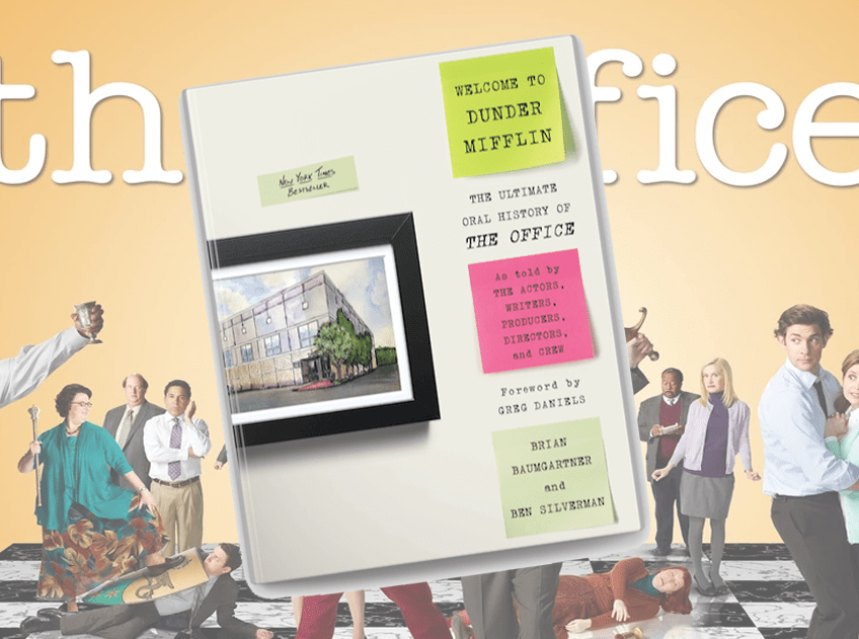 When Greg Daniels pitched the idea of adapting the cult BBC sitcom “The Office” for American television in 2004, executives at the four major networks basically turned their backs on it. After all, who would watch a sitcom about the goings-on at a small paper company located in a medium-sized American city?

Obviously, those executives were probably not aware of the successful track record back in the 70s of Americanized versions of British sitcoms like All in the Family (Till Death Us Do Part), Sanford and Son (Steptoe and Son) and Three’s Company (Man About the House). Somehow, Daniels managed to convince the suits at NBC about the viability of Americanizing Ricky Gervais’ The Office, and not only ordered a pilot to be shot, but also initiated a small five-episode order for its inaugural season.

In a scenario that practically echoes the unusual path that “Seinfeld” took on the road to TV immortality, “The Office” made its debut on NBC on March 24, 2005. Although the five-episode first season didn’t make a dent with audiences and critics when it originally aired, by the time it left the air nine years later in 2013, the weekly misadventures of Michael Scott and the personnel at Dunder Mifflin in Scranton, Pennsylvania won critical acclaim, numerous Emmys and a huge cult following that continues today with reruns on Netflix and Peacock, making The Office one of the most popular and beloved TV series of the 21st century (so far).

The road of “The Office” from five-episode afterthought to legendary sitcom is told in the engrossing oral history Welcome to Dunder Mifflin.

The book has an impressive pedigree to begin with; its co-authors have the credibility to tell the story of The Office from the inside: actor Brian Baumgartner (best known for his role as the slovenly, chili-spilling accountant Kevin Malone) and Ben Silverman, who served as the show’s producer and executive producer.

And that pedigree is further enhanced as both Baumgartner and Silverman conducted hundreds of interviews with many of the show’s talent, both in front of and behind the camera (and many of those interviews were conducted on the two The Office-related podcasts that Baumgartner hosts).

The end result is a book that no fan of the series should be without. The reader gets quite a well-rounded inside history that deftly explains The Office’s organic evolution to how it earned its cult status and what made it a special experience to work on the show that helped to make The Office a highly-regarded member of the sitcom pantheon.

There are no shortages of fascinating behind-the-scenes stories in this book that certainly deliver the goods to generations of Office fans. In essence, no aspect of “The Office” story is seen as mundane or throw away; every anecdote (not to mention the plenty of rare on-set photos that accompany the text so well) is a gem to discover.

For example, Phyllis Smith was actually one of the casting directors who handled the auditions for The Office, and was encouraged by fellow casting director Allison Jones to audition for the part of Phyllis the sales rep (which she eventually got); why the season six episode “Scott’s Tots” has been regarded by the cast as one of the show’s most cringe-worthy episodes; the significance behind Pam’s painting of the Dunder Mifflin building that was featured on the episode “Business School” (which ended up hanging on the wall next to Michael’s office for the rest of the show’s run); the evolution of the relationship between Jim and Pam (which was beautifully exemplified by closing scene onboard “The Maid of the Mist” during the one-hour “Niagara” wedding episode); the lengths the producers went through to make the show authentic to its Scranton locale (even going as far as loading the vending machines with snack products that were only available in the Scranton area); and how special star Steve Carrell was to the entire cast and crew of The Office, which made his departure from the series near the end of season seven so difficult for everyone (and how the writers cleverly engineered his cameo appearance during the series finale).

Whether you remember the madness of Diversity Day, Michael Scott’s futile attempts to run a work seminar on the Booze Cruise, the creepy world of Dwight Schrute’s beet farm, Michael’s continuous antipathy toward HR rep Toby, or the famous kiss between Jim and Pam during Dunder Mifflin’s Casino Night, Welcome to Dunder Mifflin gives fans of The Office the inside scoop of how a sitcom about a run-of-the-mill paper products company became a part of television history.

Finally, here’s a helpful hint on how you can appreciate this book even more: before you start reading it, binge watch all nine seasons of “The Office,” whether you have Netflix or Peacock (I recommend in staggered sittings); it’s worth the investment of your TV viewing time.

Welcome to Dunder Mifflin: The Ultimate Oral History of 'The Office'