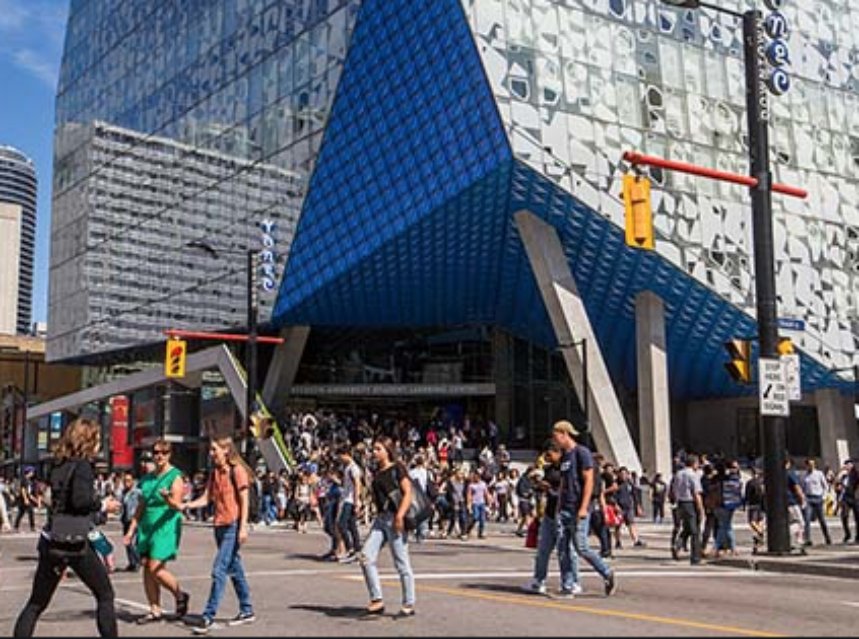 TORONTO, ON., May 30, 2020 — Students at some of Toronto’s universities and colleges have launched petitions requesting the reduction of tuition fees for the upcoming school year following announcements from several post-secondary institutions that that tuition fees will remain unchanged despite the schools switching to online classes due to COVID-19.

Students at Ryerson University, York U. and Sheridan College are all raising flags by starting petitions to have their tuitions reduced in light of the schools teaching primarily online courses come fall.

Ryerson University president Mohamed Lachemi announced two weeks ago that they will be holding mostly online classes this fall and then during a livestream on Wednesday told Alexandra Holyk, of Ryerson’s The Eyeopener that “While we will be learning and teaching in a different way for the fall semester…academic curriculum and outcomes will remain the same.” Lachemi told The Eyeopener news editor that “Ryerson must always put long-term economic health as a priority. We will not be reducing tuition for the fall.”

There was already a petition to lower tuition fees, which so far has received over 2,800 signatures but following the article in The Eyeopener and tweet from its news editor, students began to express their concerns on twitter, and the Image Arts students penned a 5-page open letter to their faculty members clearly stating that they feel their tuition fees should be lowered.

“Our final request is to lower tuition and fees. The quality of our education must be reflected in its cost. We don’t want to be paying for empty studios, labs, and workspaces. If we are not experiencing the parts of our program that make it unique and hands-on, our tuition should be lowered to reflect that. If the tuition costs cannot be altered, we would like to see full financial transparency from the school in regard to how our money is being spent during COVID-19. We realize that building a new online infrastructure is costly and complex, but the quality of our education must be reflected in the cost,” reads the final paragraph of the letter.

Petitions have been filed from students at other GTA post-secondary instittuions including York York University and Sheridan College raising sinilar concerns about scaled back learning and requesting the lowering of tuition fees.

The Sheridan petition posted by Angela Jeong on change.org states, “While the health and safety of our community should remain a priority, it should also be acknowledged that such a drastic change to the curriculum does not come without detriment to our quality of learning.”

“This is especially true in regards to programs centered around hands-on learning, as many curriculums cannot be completed without studio access. The cancellation of events such as graduate shows have also been detrimental to our career planning.

“We are demanding a full or partial refund for this semester’s tuition,” concludes the petition.

Additionally, Mushtaq Shahamat, a first-year law and society student at York University, posted a petition that has garnered over 3,300 signatures thus far. In the petition it states that “Paying the same amount of money for online classes as we do for regular classes amidst this pandemic would certainly bring a great deal of economic burden on some students.” Shahamat also cites that some students are also unable to find work, “as most jobs are shut down because of the COVID-19 pandemic.”

The University of Toronto meanwhile, is offering students a break on certain fees for their summer sessions although they have not offered a reduction in tuition, according to an article in The Varsity. U of T is reducing student life fees as much as 40 per cent in some cases as well as waiving other fees like those for their Early Learning Centre and those “related to access to space for student groups.” But while U of T has lowered incidental fees, their student union president Joshua Bowman posted on University of Toronto Student Union facebook page that they want more fees lowered pertaining to closed facilities, tuition deadlines and courses.

While other university and college students across Canada including UBC and Simon Fraser are also calling on their schools to reduce tuition and other fees in light of classes moving online and offering what they say is an inferior education.

While in the U.S. some students are suing their schools demanding tuition, room, board and fee refunds, including students at Michigan State, University of Miami and Purdue University according to a CBC report.