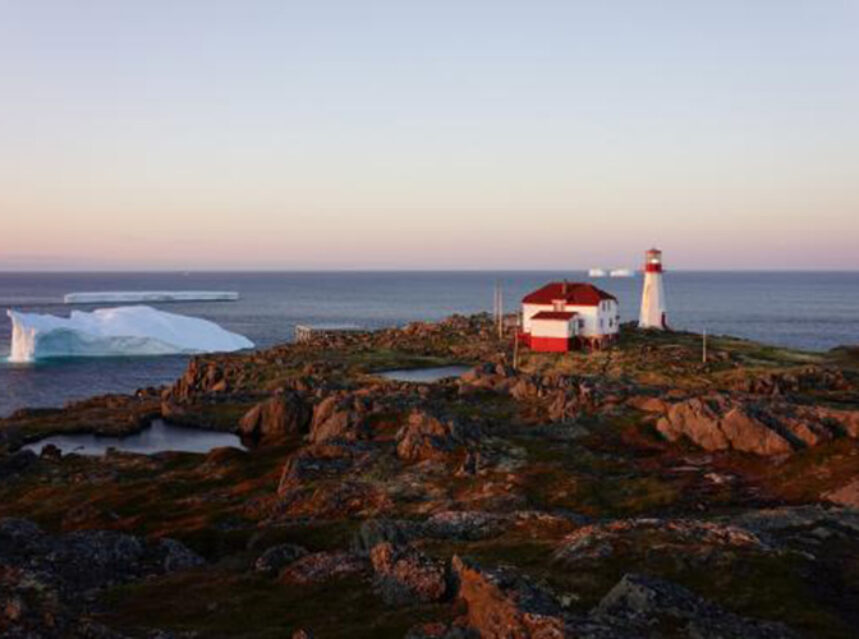 Travelling Eastern Canada – When it comes to places for travellers to rest their heads, the picturesque coastal region of Atlantic Canada offers overnight experiences that go beyond the average hotel room. From teepees to churches and beyond, these eight off-the-beaten path accommodations located within the provinces of New Brunswick, Nova Scotia, Newfoundland and Labrador, and Prince Edward Island turn an ordinary slumber into an unforgettable sleep.

In New Brunswick, families can spend the night in a traditional tipi with an evening of storytelling by the campfire at Metepenagiag Heritage Park ( http://www.metpark.ca/ ), located along the Miramichi River. Guests will learn the rich history of the Ancient Mi’kmaq culture that have lived in that community for over 30 centuries. Rates start at $65 CAD for a four person tipi. Booking is available from July 15 to September 15, Wednesday to Saturday.

BoilerAt the Train Station Inn in Tatamagouche, Nova Scotia, travellers can fulfill their train conductor dreams by spending the night in a refurbished boxcar or caboose. Each car has been renovated to reflect the age of the railway and include fireplaces, air-conditioning, TV, railway memorabilia, private baths and more. This unexpected boutique hotel also features a dining car that acts as a restaurant serving lunch and dinner. Rates start at $129.50 CAD per night. To book, visit: http://www.tatatrainstation.com

A house of worship turned bed and bed breakfast in Newfoundland and Labrador offers an angelic rest for visitors. Cupid’s Haven ( http://www.cupidshaven.ca/ ), a four bedroom bed and breakfast housed in the former St. Augustine’s Church features gothic arched windows in each guest room and vaulted ceilings with wood trim nodding to the church’s origin dating back to 1910. Rates range from $119.00 to $169.99 CAD. To book, call 1-877-528-1555.

Lighthouse Keeper for a Night

Built in 1875, the West Point Lighthouse ( http://westpointharmony.com/ ) is one of Prince Edward Island’s tallest historic lighthouses offering travelers two distinctive overnight experiences. Part of the West Point Lighthouse Inn, guests can choose from The Keeper’s Quarters located on the second floor where the lighthouse keeper’s family originally resided or The Tower Room on the second floor overlooking the Northumberland Strait. Available June to September, rates start at $184 CAD per night.

In Newfoundland and Labrador, travellers can head off-beaten-path to the untouched island of Quirpon for stay in a 1922 lighthouse keeper’s home on the shores of Iceberg Alley. Fully restored by Linkum Tours, Quirpon Lighthouse Inn( http://www.linkumtours.com/quirpon-lighthouse-inn) features ten rooms at the base of a still-operating lighthouse and is a Registered Heritage Building. Known for its premier location for viewing icebergs and whale watching, Quirpon Lighthouse Inn room rates include two boat trips through Iceberg Alley and all meals. Room rates start at $300 CAD plus taxes.

At Ingonish Beach in Cape Breton Highlands National Park in Nova Scotia, visitors can sleep in a cocoon suspended in the trees 20-feet above the ground while enjoying the sounds of ocean waves and the crisp forest scent. Offering the ultimate luxury of privacy, the cocoon tree bed is anchored to the trees by tight wires, and the zip-hatch offers access to the interior, which boasts a soft, comfortable mattress. Price is $70 CAD per night and is available through October 9. To book call, 902-285-2535.

Newly opened in Prince Edward Island, the TreePODS at Treetop Haven in Mount Tyron are the perfect blend of a deluxe treehouse and geodesic dome. Named after Prince Edward Island local birds such as the Humming Bird, Blue Jay, Bald Eagle, Great Horned Owl, and Blue Heron, each TreePOD is set high amongst the trees and individually designed with a fully equipped kitchen, bathroom, barbeque, and a personal hot tub. Rates start at $150 CAD per night in April and November, and $200 CAD per night in high season (May – October) for a one bedroom unit. Minimum two nights stay. To book visit, http://treetophaven.ca

Birders seeking a flawless bird’s eye view can head to Castalia Marsh Retreat on Grand Manan Island in New Brunswick for a stay in a bird house built for humans. Nestled in a cluster of trees overlooking the salt marsh and the Bay of Fundy, The Bird House is an Audubon aficionado’s paradise with a top floor loft featuring nearly 360-degree views and a front-row seat to rugged island wilderness. Available April to November, rates start at $105 CAD per night, based on double occupancy.

Other articles from  totimes.ca – otttimes.ca – mtltimes.ca