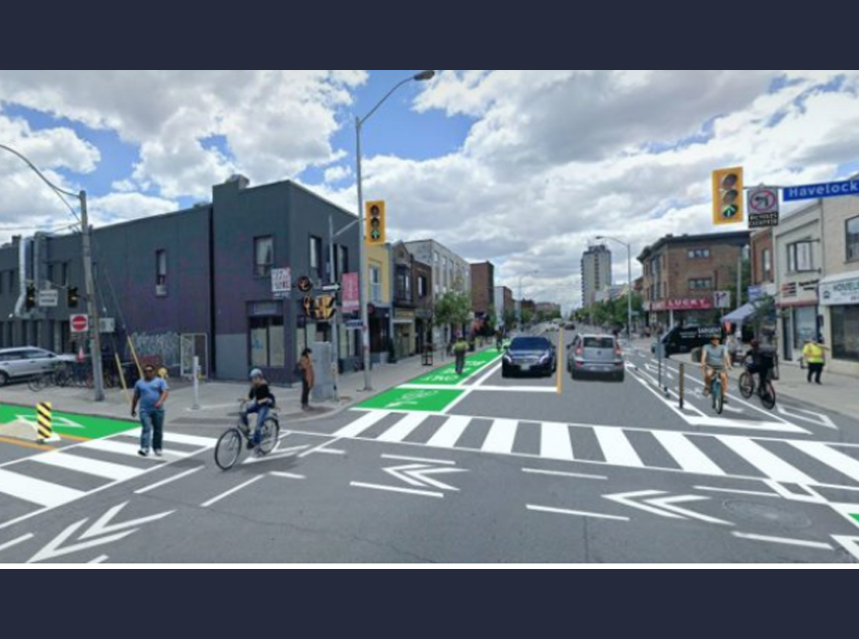 The report will be considered by the Infrastructure and Environment Committee on Tuesday, March 29 and recommends the installation of 10 kilometres of new bikeways and improvements on five kilometres of existing bikeways, where design and consultation have been completed. The projects are planned for installation from 2022 to 2024.

The report includes the following projects:

The 2022 cycling infrastructure installation comes after the largest one-year expansion of the City’s bike network. Bikeway installation over the past three years has been unprecedented in Toronto. From 2019 to 2021, including ActiveTO routes, 65 kilometres of new bikeways have been installed, as well as 47 kilometres of upgrades and enhancements to existing cycling routes

ActiveTO was introduced in May 2020 as a quick-start COVID-19 response program. It was designed to provide more space for people to practise physical distancing while outside, support the overall well-being of residents and to quickly connect and expand Toronto’s cycling network by installing safe, separated temporary bike routes that mirror major transit lines. Seven of the temporary ActiveTO Cycling Network Expansion projects installed in 2020 were made permanent in December 2021. Two additional corridors were installed in 2021, Yonge Street from Davisville Avenue to Bloor Street and Bayview Avenue from River Street to Front Street East.

The report summarizes a preliminary evaluation of the two temporary ActiveTO Cycling Network Expansion projects on Midtown Yonge Street and Bayview Avenue East and recommends the temporary pilot periods be extended to July 2023. In advance of July 2023, the City’s Transportation Services Division will report to the Infrastructure and Environment Committee and City Council on additional data, evaluation, and recommendations on the future of the two temporary projects.

Community consultation has taken place, both before and during the pilot, with local businesses, four Business Improvements Areas, several neighbourhood associations and area residents. Further feedback will be gathered before making a recommendation on whether the pilot should be made permanent next year.

The ActiveTO pilot on Bayview Avenue East was implemented between Front Street East and River Street to provide a safe and direct detour to the Lower Don Trail closures. Construction of the Lower Don Trail project is expected to start this year. Extending the pilot period to July 2023, would allow staff to monitor the trail construction project and report back with recommendations based on findings.