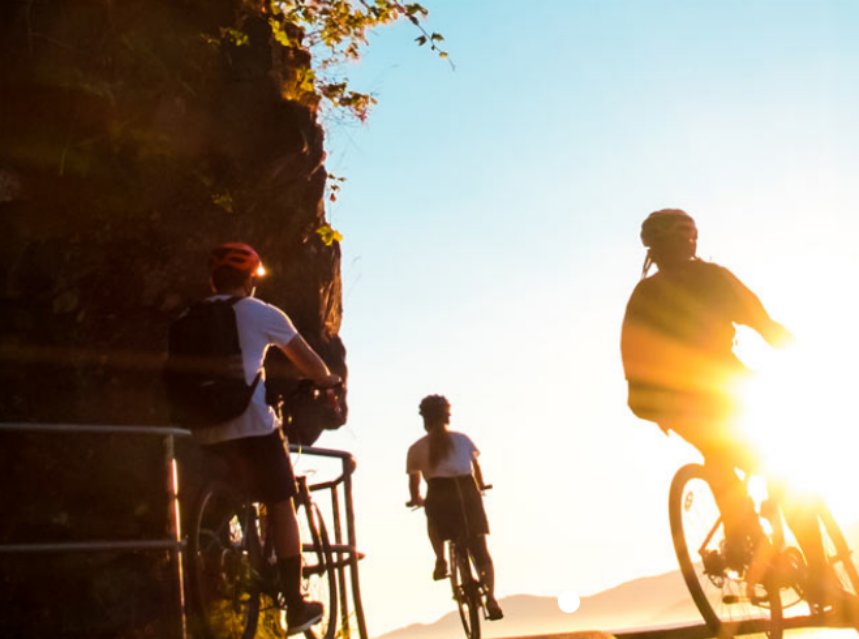 World technology is evolving at an incredibly fast rate. The advancement is evident in many sectors, and the cycling industry is no exception, as they have achieved something that is wowing so many people. You must be noticing that some bicycles are whizzing along the roads, and they aren’t the infamous scooters. If you haven’t seen these yet, brace yourself because e-bikes are here to stay, and you can count on spotting one soon. Once you see how efficient they are you can purchase one from an online eBike store.

E-bikes are electrical bikes, also known as power bikes. They have an integrated electric motor, which helps them to move faster. The physical appearance of an e-bike is just similar to normal bikes except that e-bikes have a battery and a motor.

Does one pedal when riding an E-bike?

The electrical components of an e-bike do not eliminate human power but they do boost it. When riding an e-bike, pedaling becomes much easier than with other bicycles, and this helps you cycle up hilly areas faster without getting too tired.

Some provinces have adopted a way of classifying electric bikes. These classifications are as follows:

Class 1: These e-bikes have a motor that helps the rider pedal easily and stops to offer assistance when the bike gets to a speed of 20km/h. E-bikes under this class do not have a throttle.

Class 2: The e-bikes under this classification have a throttle that propels the bike to a speed of 20 mph/ 32 kmh maximum when the rider is pedaling. The bikes can also reach a maximum speed of 20 mph/32 kmh without using the throttle but with the rider assisting.

Class 3: E-bikes under this class use a motor to offer assistance when the rider is pedaling, and it stops to assist when the bike attains a speed of 28 mph/ 45 kmh.

For all the above classes, the maximum power output is 750W.

With all this in mind, it’s time for us to give you the numerous reasons for getting an e-bike.

Reasons why you should get yourself an e-bike

When you push the pedal, the motor offers you a boost making it easier to cruise tough terrains without feeling exhausted. Riding an e-bike feels more effortless than when cycling other bikes, and it’s also easier to increase the speed.

With a speed of 25 to 45 km/h, E-bikes go faster than most other bikes ensuring that you commute faster than other cyclists. The modern technology used to design these bikes helps you cover more miles than you’d have covered with your regular old bike.

Saves you Some Money

Using an e-bike instead of your automobile will help you save on the gas or diesel expenses. We all know how expensive fuel can be sometimes. An e-bike doesn’t need any diesel or gas. This is a great alternative for you.

E-bikes are Here to Stay

E-bikes are slowly dominating the roads, and soon they will become a trend, everyone will want to possess one. The world is slowly embracing the use of eco-friendly transport systems, and an e-bike certainly lies in that class. Get yourself one of these before the demand goes high, and the prices shoot off the roof.

Some e-bikes cover certain needs. If one design doesn’t have the features you’re looking for, ask around, and you might get what you need. As the bikes continue to gain popularity, technology is coming up with new designs to fit more needs. If you the bike you desire isn’t on the market hold on tight, the next version might have everything you need.

If you want something different from sitting behind the wheel, an e-bike is all you need. These bikes are so convenient for running errands and going to work too. Imagine going somewhere with your e-bike, and you don’t have to change your clothes because of sweat! Riding an e-bike requires minimal efforts; thus, you don’t sweat as much as you do when riding a normal bike.

A Good Way of Exercising

Riding an e-bike is slowly becoming a trend. They will soon be flooding the streets of Canada. Don’t be left behind, getting one is good for both your commuter needs and fitness needs. You can also enjoy a new hobby with your e-bike. Ensure that you get a good e-bike that matches your needs so that you won’t become bored fast.

7 reasons to buy an e-bike, E-bike information, Is an e-bike right for me, Top 7 Reasons for getting an E-bike in Canada, What is good about e-bikes, why get an e-bike, why should i get an e-bike