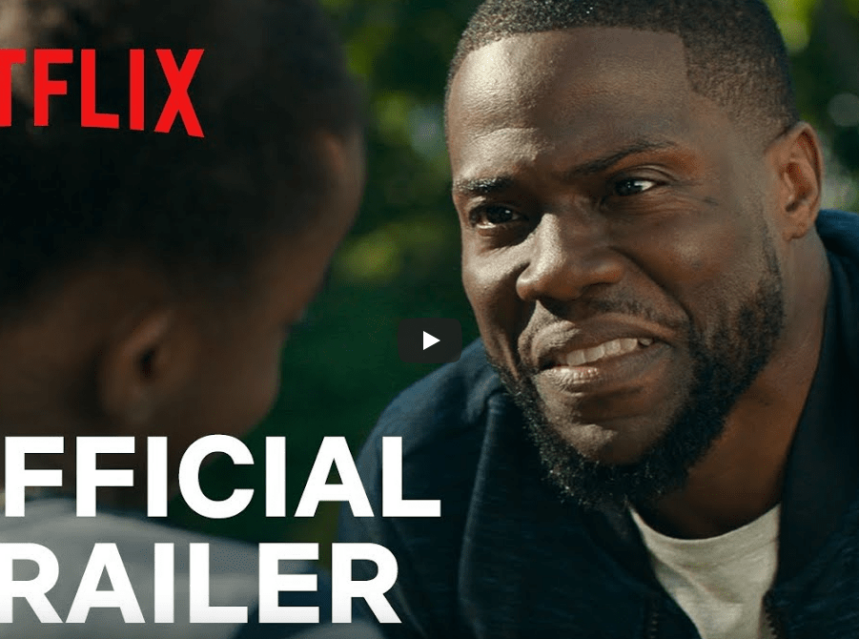 Canadian actor, Teneisha Collins stars as Ms. Burns in the upcoming feature film Fatherhood starring Kevin Hart, which is set for release on Netflix on June 18th, 2021 in time for Father’s Day.

Fatherhood is a film adaptation based on the novel “Two Kisses for Maddy: A Memoir of Loss & Love” by Matthew Logelin. Hart plays the father, focused on fulfilling all of his daughter’s needs; despite the obstacles, life throws his way. Melody Hurd (Them) stars alongside Hart as his daughter Maddy. Teneisha joins a star-studded cast featuring Alfre Woodard (Clemency, 12 Years A Slave), Lil Rel Howery (Bad Trip, Get Out), DeWanda Wise (She’s Gotta Have It, Someone Great), Anthony Carrigan (Barry), and Paul Reiser (Mad About You, The Kominsky Method).

Kevin Hart stars in this heart-warming, funny, and emotional true story about a widower taking on one of the toughest jobs in the world: fatherhood.

The film follows Hart’s character Matt navigates the highs and lows of parenthood. From putting an infant child to sleep or dealing with family pressures, Matt is determined to beat the odds to become the best father he can be. Directed by Paul Weitz, Hart is co-producing alongside David Beaubaire and Peter Kiernan with Dana Stevens, Marty Bowen, and Paul Weitz, developing the screenplay. Presented by Barak and Michelle Obama’s Higher Ground Productions, Fatherhoodis available to stream on Netflix from Friday, June 18th 2021.

Teneisha says, “This story of Fatherhood pierced right through my heart from the moment I first read the script in the Miami airport – I burst out crying within the first 10 pages. Getting to know the real Matt Logelin who the movie is based on, and seeing how far he and Maddy have come – this experience will stay with me forever. To have the opportunity to contribute to this story and to leave my influence on this project is so meaningful.”

In other memorable roles, Teneisha plays thefemale lead Monique Huffman in an episode of the anthology docuseries Real Detective, based on a true story along with Louis Ferreira and Sergio di Zio.“It was an exceptional experience to play the complex Monique Huffman in this intense drama. This individual had so many layers to her amidst the tragedy of the episode, and there was the added personal responsibility of doing justice to portraying this real person. It was an honor and a privilege to be able to give a performance that I hope accurately portrayed her.” Adds Teneisha.

She also has a recurring role on Future Man (as Kenneth) with Seth Rogen (as Susan) on the Sony/Hulu TV series on Season 3.  Other roles include the large supporting role in the short film Red Wine (Telefilm Canada selection for Cannes 2019,) Street Legal (Yulica Pardi in the CBC reboot.) She is also one of the stars of a Dungeons and Dragons-themed series called Dungeons and Distancing. She hosted the Air Canada Aeroplan frequent flyer program Ask Away in English and French.

Teneisha had an affinity for performing from a very young age and was truly hooked after performing in her first school play at 8 years old. At 10, she handed her parents the yellow pages and asked them to find her an agent. Dedicated to her craft Teneisha trained with the late and great Jacqueline McClintock in the Meisner Technique for close to a decade in addition to a number of various workshops and master classes.

She is a graduate of the renowned Black Theatre Workshop’s Artist Mentorship Program, and as a young adult attended the Dynamic Theatre Factory. Teneisha has performed in several theatrical productions, playing Bess in The Last Wife (Imago Theatre,) Claire in The Breakfast Club (d2productions,) and the Interviewer in The Shadow Box (d2productions,) among others.

Teneisha Collins is bilingual in English and French as a screen, television, voice, and stage actress, and host. She is also a screenwriter whose dramatic comedy series was recently shortlisted as one of the top projects submitted to Netflix through their Canada Virtual Pitch Day. She continues to work on developing a TV series. Very active on social media, she is using her voice and platform to encourage others to live unapologetically and pursue their purpose. Teneisha was born and raised in Montreal where she still calls home.