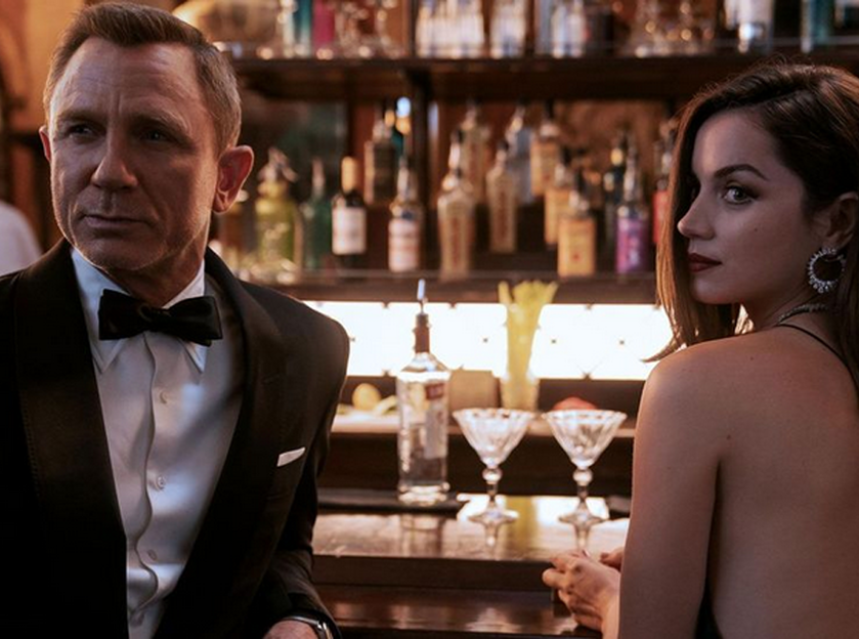 NO TIME TO DIE – Some have liked it, some have hated it. “No Time to Die,” the latest version of the most popular spy franchise, directed by Cary Joji Fukunaga, has presented a James Bond at a crossroad. Not only do we see Bond (Daniel Craig, incarnating the character for the last time) enjoying a relationship with beautiful—and much younger—Madeleine (Léa Seydoux), but we also see a 007 at a quite different angle.

Yes, this Bond is a character that now seems genuinely in love, and moreover, showing a vulnerable emotional side. Of course, I don’t want to unveil any detail that may be a spoiler. Still, if one has to say something that characterizes the whole setting of this story, I would say that it is an atmosphere of sadness and gloom. Even the cinemaphotography reflects a darker monotoned atmosphere. Instead of the lively frame colours of previous Bond movies, on this occasion, the photography is dominated by grey tones.

Bond’s stay with Madelaine in Italy is interrupted by an attempt at his life and learning a critical revelation that would change his relationship with his young lover. Five years later, the retired agent, now relaxing in Jamaica, finds an old friend, Felix Leiter (Jeffrey Wright), a CIA agent who is after some guys in possession of a mighty weapon.

The technology employed by this new weapon allows the targeting of specific individuals based on their DNA. “No collateral damage, only those intended to be killed would die,” says one of the bad guys extolling the advantages of the killing device.

Bond, who by now had been replaced at MI6, Britain’s secret service, and even his 007 signature number is on its way to be assigned to a new agent, Nomi (Lashana Lynch), is back and ready to take on the new mission to find and destroy the dangerous threat. However, in pursuing this new mission, he crosses paths again with his former girlfriend.

As a playback of the Cold War days, there is a tactical operation in Cuba. The action there is no more than an occasion to demonstrate the powerful weapon at work and—above all—to display another of the typical Bond’s girls, in this case, the beautiful and very effective agent Paloma (Ana de Armas).

The next step would becomes to locate the villains’ operational centre. Here we see the current and the new 007 working together. On the other hand, Bond’s former girlfriend has another surprise for the agent, although they don’t have much time to digress on that: Madelaine falls into the hands of the villain Lyutsifer Safin (Rami Malek), and now Bond has a new problem to attend to. And a tough decision too.

“No Time to Die”, whether you like it or not (I personally considered it a mediocre film) marks an important landmark in the saga of this spy born out of the pen of Ian Fleming and taken to the screen in successive—and box-office successful—movies from the 1960s on.

Initially “recruited” as part of western propaganda in times of the Cold War, the agent turned to combat drug lords and other international criminal organizations once that confrontation ended. This current one returns to some of the old Cold War scenarios: the action in Cuba and the presumed Russian connection of the villains.

Basically, however, “No Time To Die” marks an attempt to make the Bond character more “human,” perhaps more in tune with the current times of men showing more sensitivity and women being more empowered. James Bond—not just this particular movie character—as an archetype, the quintessential macho man of the 1960s, drinking his martini shaken, not stirred, may have had a crucial transformation as well. It should be up to his fans whether the character we’ll see in future instalments will be as popular as the original one was.

“No Time to Die” is now in theatres.