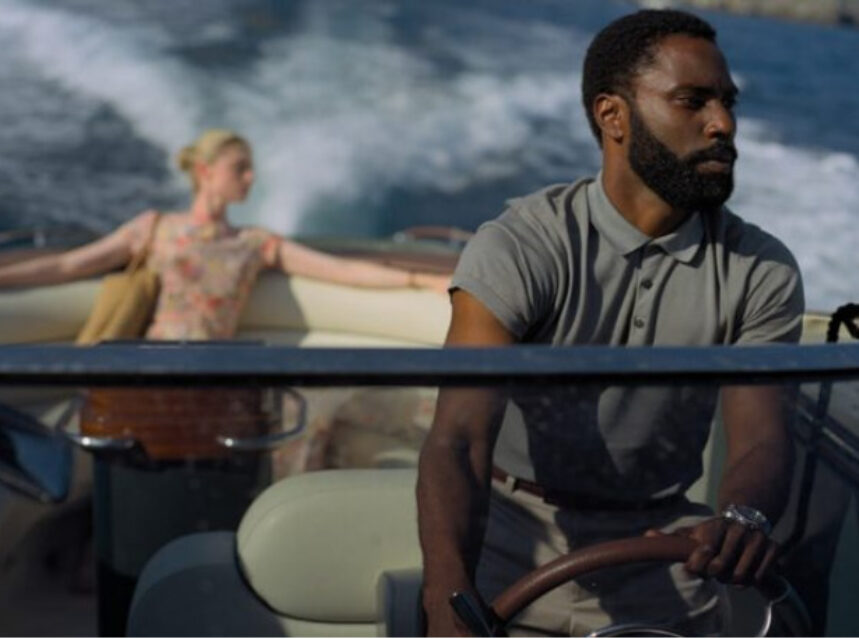 Movie review: TENET – This film, directed by Christopher Nolan, was supposed to be one of the big titles of 2020. The pandemic limited its release to only a few movie theatres, and for a short time. Now “Tenet” is available on various streaming services, and, the big question, of course, is whether the anticipation caused by the movie was justified.

A big explosion in the Kyiv opera unleashes the events that lead us to the main character, aptly known only as The Protagonist (John David Washington), a CIA agent whose mission is to get a device known as a MacGuffin. Protagonist’s partner is Neil (Robert Pattison) with whom he would try to get to a mysterious Russian, Sator (Kenneth Branagh) who also happens to be the villain. These CIA agents also have other capabilities that provide the movie’s essential ingredient: they can travel in time using a technology called “inversion.” However, their enemies also share that capacity. The movie’s title plays with that notion: “tenet” could be read forward and backward, i.e. ten minutes backward, ten minutes ahead. The technology would involve people and objects’ ability to travel backwards in time by reversing their entropy. Thus, we see bullets reversing their course, for instance. The most telling—and chaotic—demonstration of this time reversal is seen in one of the final scenes when two armies are battling one in the future the other in the past.

The search for Sator leads the Protagonist to ask the assistance of a well-connected Brit played by not other than Michael Caine who suggests that the way to get to the Russian is through his wife, Kat (Elizabeth Debicki) a sad and oppressed woman. Things won’t be easy though: Sator distrusts everybody. Although the Protagonist will manage to get close to him and the precious object he has been assigned to get, new factors emerge and complicate his mission. One no small new issue, the existence of the world itself is at stake.

“Tenet” is an exciting movie to watch, although at times it is almost impossible to follow the plot. Dialogues with noise in the background don’t help much either. Perhaps the most interesting aspect is the concept of the movie itself, the notion of time travelling, while the elements of international intrigue add to the movie’s attraction. On the other hand, the reiterative scenes of fights and the car chases and clashes on the highway are not particularly original.

This movie is good entertainment, with lots of action and some doses of violence too. Perhaps the attempt to make it somehow a more cerebral film may have failed though. In any case, the viewer should be very attentive not to become lost while following some dialogues, especially when the story seems to wander in many directions.

“Tenet” is available on Bell and other video-on-demand providers. (Running time: 2:30 hrs)