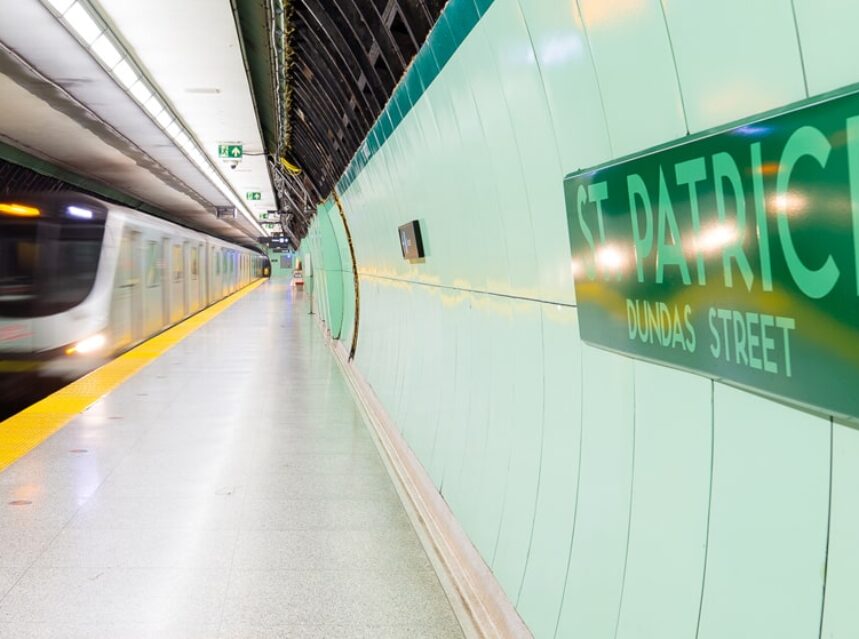 Last week, the TTC completed its third 10-day closure on the portion of Line 1 between St George and St Andrew stations. The closure, which took place from May 17-26, allowed the TTC to take advantage of continued low ridership to make significant progress on critical state-of-good repair work.

The work accomplished during the three 10-day shutdowns will allow the TTC to eliminate between 75-100 planned weekend closures over the next few years as well as eliminate the need to bypass Museum and Queen’s Park stations for up to two years.

With the completion of this series of closures, TTC commuters can now look forward to significantly reduced early access, weekend and platform closures. Customers who were surveyed while travelling through the area during the closures reported overwhelming support for the TTC’s innovative approach to completing the work quickly and reducing inconvenience.

During the three 10-day closures in March, April and May, the TTC removed and replaced approximately 44,000 sq. ft. of ceiling in the affected stations. Repair work was also completed on the flooring at Museum, Queen’s Park and Osgoode stations.

“We’ve eliminated up to 100 future TTC closures by getting this important work done during the pandemic when ridership levels have been lower,” said Mayor John Tory. “Thank you so much to our TTC workers for getting this job accelerated and done during this unprecedented emergency. Thank you to our TTC riders for their patience as we completed these important repairs, including much-needed asbestos removal. This work will ensure we continue to have a safe and reliable transit system for years to come and that we are ready to welcome riders back as we safely reopen.”

“Over the course of the COVID-19 pandemic, the TTC has rapidly accelerated extensive system upgrades and state-of-good-repair projects on our subway network to minimize future disruption for transit riders,” said TTC Chair Jaye Robinson. “This innovative approach has significantly reduced the need for planned closures, with up to 100 weekend closures avoided over the next few years. Congratulations to CEO Rick Leary and the entire TTC team for this impressive accomplishment. I would also like to thank our TTC riders for their continued patience and understanding.”

“By doing this work while ridership is low, we’ve been able to spare our customers years of disruption and inconvenience,” said TTC CEO Rick Leary. “I’m very pleased that we were able to accomplish this much in a relatively short period of time – we’ve done approximately 18 months of work in 30 days. I want to thank everyone involved for their hard work, and thank our customers for their patience.”

By completing planned maintenance ahead of schedule, the TTC can now turn its attention to architectural refinishing and modernization of the station platforms. That contract is expected to be tendered later this year for 2022 construction.

The TTC thanks its Board, local City Councillors, and the essential workers based along University Ave., for their assistance and patience with the closures this year.