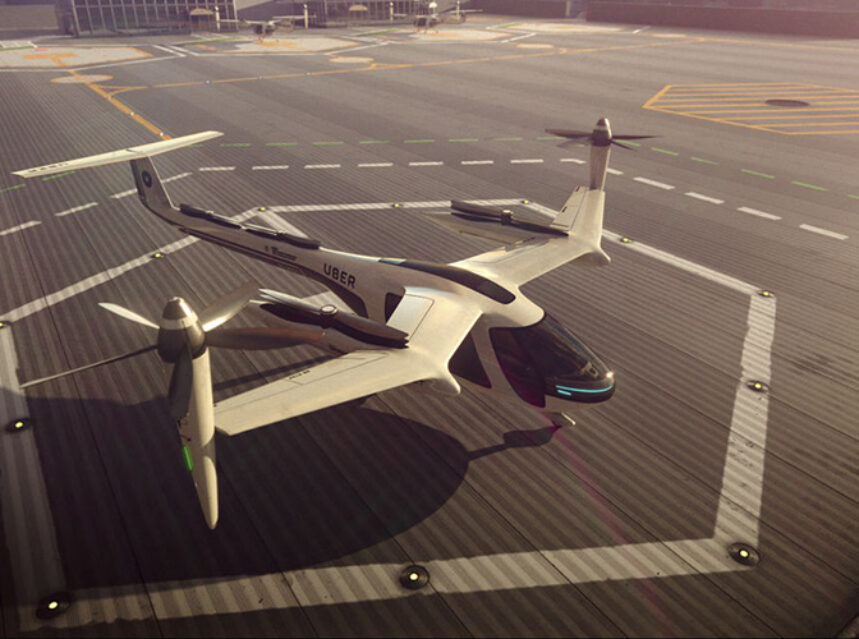 Uber Looks to the Sky – It seems the roads are not enough for Uber. The controversial ride-hailing company announced on Wednesday November 8th, that it is partnering with NASA to help develop systems for their taxis – taxis that will fly high over congested city roads. Sounding like an idea which is something akin to the flying cars of the Jetson’s – a popular space-age animated sitcom in the early 60’s and mid-80’s, they hope to begin test flights in 2020 (aiming to have its first passengers in various cities around the world by 2023) and have a fleet ready and over city skies by 2028.

Sounds far-fetched? Well, it is not as far-fetched as one might think. In October of 2016, Uber released a document detailing its ‘on demand aviation’ plans called Uber Elevate. The project’s goal; ‘to make vertical take-off and landing vehicles, which will allow their flying cars to take off, land vertically and fly at a low altitudes’.

‘Fast-forwarding to the future of on-demand, urban air transportation’, the document begins and explains a ‘Vertical takeoff and landing (VTOL) aircraft will bring far-reaching changes to our cities and our lives – quicker daily commutes, less traffic congestion, and cleaner air around the world. Uber Elevate has already started exploring the barriers we’ll need to overcome to make this a reality’.

At the last Web Summit tech conference in Lisbon, Uber announced they signed a ‘Space Act Agreement with NASA for the development of unmanned traffic management’. It is part of NASA’s project towards figuring out how unmanned aerial systems (UAS) flying at a low altitude can operate safely in what they call Urban Air Mobility, such as drones – of which they have been working on with other companies.

Jeff Holden, who is the Chief Product Officer at Uber, also said in a statement last Wednesday that

‘UberAir will be performing far more flights on a daily basis than it has ever been done before. Doing this safely and efficiently is going to require a foundational change in airspace management technologies’.

The project still has many hurdles to overcome before it becomes a reality, including certification, pilot training and air traffic management systems that will prevent collisions.

Then there is the question of where the vehicles would land and take off from. Montreal would have to develop more heliports on the rooftops of buildings and hospitals. There is also the question of public safety. We already live in fear of parts of our city’s buildings and infrastructure falling from above. Would we have to add flying taxis to that list?

This could be just a dream by Uber, who has been facing much negative attention with ongoing investigations of some of their drivers allegedly attacking passengers, as well as the sexual harassment of some of their employees – or it could prove to be the beginning of the end of the 4-wheeled rubber tire taxi.

The Jetsons might have mastered the art of flying vehicles in their cartoon world and Star Trek’s series and films have ‘boldly gone where no taxis have gone before’ – but can Uber do this in real-time?

If you would like to read more about the project and its technical aspects, you can download the Uber document at: https://www.uber.com/elevate.pdf