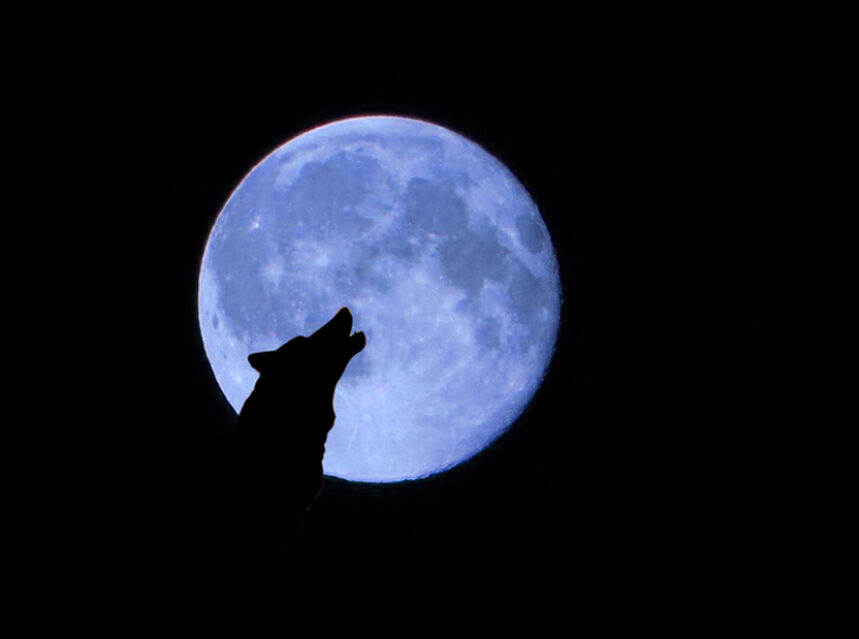 TORONTO. ON. January 27, 2021 — The January full moon is often referred to as the Wolf Moon, according to the Old Farmer’s Almanac, and may date back to Native American tribes and early Colonial times when wolves would howl outside villages.

It’s thought that January’s full Moon came to be known as the Wolf Moon because wolves were more often heard howling at this time. It was traditionally believed that wolves howled due to hunger during winter, but we know today that wolves howl for other reasons.

The full Moon names used by The Old Farmer’s Almanac come from a number of places, including Native American, Colonial American, and European sources. The Almanac says traditionally, each full Moon name was applied to the entire lunar month in which it occurred, not just to the full Moon itself.

The full Wolf Moon rises and reaches its peak at 2:18 pm on Thursday, January 28, 2021 but it will best be seen rising above Toronto commencing at 5:14 pm.

It is important to note that you may not hear wolves howling in Toronto during the full Wolf Moon (coyotes more likely). Howling and other wolf vocalizations are generally used to define territory, locate pack members, reinforce social bonds, and coordinate hunting.