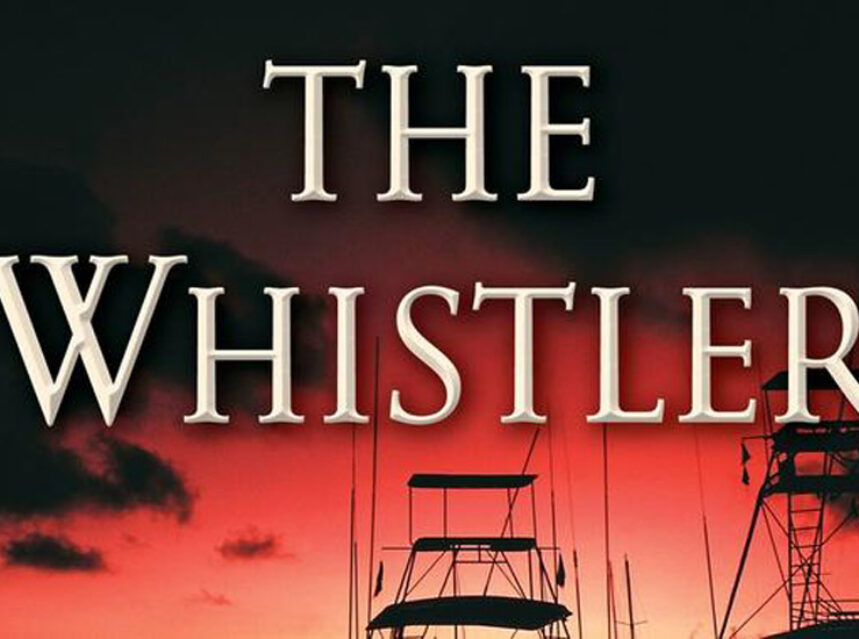 If you need a good read during the Christmas holidays, you can’t beat John Grisham’s latest legal thriller The Whistler. It has everything you could want in a Grisham thriller … detailed legal procedures, intrigue, skullduggery, corruption, and violence; but instead of Mississippi, the state of Florida is used as its canvas.

The story takes place in the state capitol area of Tallahassee. Lacy Stoltz and Hugo Hatch, investigators for the Florida Board of Judicial Conduct (BJC), are on the case of state Judge Claudia McDover, who allegedly is in cahoots with local gangster Vonn Dubose, and thanks to him, is taking copious amounts of bribe money, so that the Tappacola tribe can built and operate a lucrative casino on the land that is part of their reservation.

Thanks to information fed to them by a disbarred lawyer who now goes under the name of Greg Myers and a mole within Judge McDover’s office, Lacy and Hugo are starting to get concrete leads to the judge, her underworld connections, and the kickbacks that allow her to live a luxurious life that goes beyond her judge’s salary.

However, while waiting to meet an informant with some vital information one late night at the Tappacola reservation, the Prius car that Lacy and Hugo are in is violently rammed head on by a large SUV, seriously injuring Lacy and killing Hugo. With the evidence pointing that this was a set-up and no accident, it gives Lacy a more steely resolve to rebound from her life-threatening injuries and finally get down to find out the long trail of corruption and violence that is festering in this part of Florida; and with the help of FBI agent Allie Pacheco, her boss at BJC Michael Geismar, and her rather arrogant, obnoxiously overprotective brother Gunther, Lacy will finally bring justice to Judge McDover, Vonn Dubose and the members of the Coast Mafia who were responsible for all of that corruption in general, and Hugo Hatch’s untimely death in particular.

Fans of John Grisham will not be disappointed with The Whistler. Although it’s a little slow-paced at the beginning, the narrative picks up speed as Lacy and Hugo get further into their investigation, which is almost climaxed with the “car accident” that takes place midway through the book. And when the boom is finally lowered on the judge and Vonn Dubose, the reader is practically on the edge of their seat, eagerly plowing through the final quarter of the book to see if justice is served in a satisfying manner. The Whistler is certainly an engrossing thriller about the dangers of being a whistleblower, and investigating their claims that could bring down a large network of corruption that can at times infect the halls of justice.