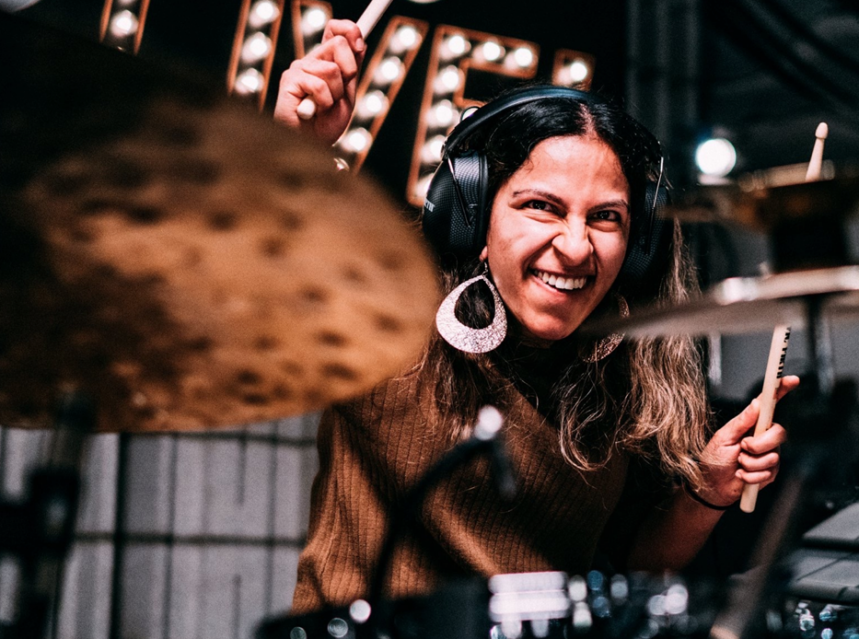 This year’s event will feature 20 ensembles over two days, the Festival’s largest offering to date. Local audiences can enjoy free performances throughout Brampton and at restaurants in the downtown core on Saturday, September 12th, while audiences world-wide can watch the live, in-studio, professionally-produced virtual concert on Sunday, September 13th .

According to a media release, the innovative hybrid approach allows for continued momentum in providing an annual, first-class event, while uplifting people’s spirits through music, as well as ensuring compensated performance opportunities for musicians and technicians.

“Jazz is the music of freedom and democracy, through the art of collaborative performance in improvisation”, says Carmen Spada, Artistic Director of B-Jazzed. “This pandemic has challenged both of those human dignities, as well as the creative output and financial security of artists all around the world. Just as the blues did over 100 years ago, jazz music, as its closest descendant, can lift the suffering human condition to positivity and prosperity. The opportunity to deliver that hope was one that we could not deny at B-Jazzed and it is our sincere pleasure to deliver this year’s World of Jazz Festival.”

While the 2020 festival will be somewhat smaller than in previous years, it allows the opportunity to extend the audience reach virtually. World-wide audiences will be able to enjoy a program of diverse interpretations of jazz music, including bebop, blues, funk, fusion, Latin and Brazilian jazz, soul, as well as an eight-piece New Orleans style brass band called The Yonge Kings. The schedule showcases the festival’s annual mission and commitment to highlighting multicultural influence in jazz music, while featuring both award-winning artists and Brampton-based ensembles and emerging talent. More than half of the bands performing over the festival’s two-day schedule are based in Brampton.

Live In-Studio Stream happens on Sunday, September 13th, boasting a lineup of eight bands, streaming live from 1 to 9 p.m., produced and hosted on the World of Jazz Facebook and YouTube pages, as well as at worldofjazz.ca. The live-stream will feature performances by JUNO award-winning saxophonist Kirk MacDonald and his quartet, JUNO nominated fusion drummer Sarah Thawer, percussionist Johan Aguirre and his 10-piece Latin jazz orchestra Salsotika, and will conclude with the soulful and funky sounds of vocalist Jillian Mendez and her band, Natural Elements.

“We have an audio and visual team of nearly twenty professional technicians delivering this year’s livestream of the World of Jazz Festival,” says Joe Asensio, Executive Director of B-Jazzed. “Though livestreaming can never replace the in-person experience, we wanted to ensure a production of the highest quality, employing multiple camera angles and lighting options, in order to give both the musicians and the audience as authentic an experience as possible, amidst the challenges of COVID-19, while never sacrificing quality.”

B-Jazzed was founded in March 2017 as a not-for-profit organization with a core vision of curating performances, promoting education, community engagement, and a respect for the various abilities and styles of jazz music and its musicians.

For the full lineup of musicians and performances visit www.worldofjazz.ca.