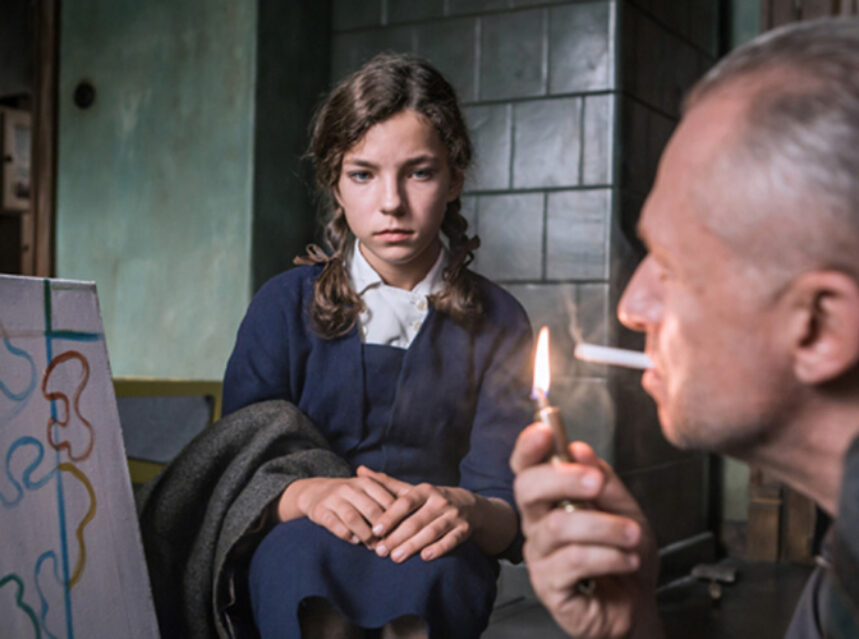 Afterimage – Polish filmmaker Andrzej Wajda died last year leaving as his legacy a long list of works that, besides their great contribution to the art of cinema, are also a reflection of the time that this artist witnessed. From “Kanal” which won the Jury Special Prize at Cannes in 1957, to his portrayal of the French revolutionary Danton in 1982, to his critical view of the Polish regime in “Man of Marble” (1977) and his sequel “Man of Iron” (1981). His last movie “Afterimage” – it tells the story of the painter and art theory professor Wladyslaw Strzeminski and his battle with the cultural bureaucrats in postwar Poland.

Strzeminski had already been regarded as one of the most celebrated modern painters when the war disrupted his work. Once peace returned, he thought he could continue with his creative work (something already complicated for him: during the First World War he has lost a leg and an arm) and especially his teaching at the Fine Arts School that he and other artists have founded in the city of Lodz. The Stalinist model of society, however, wouldn’t tolerate the kind of art that Strzeminski was creating nor his aesthetic theories. The painter died in 1952, just a few years after he has lost all his positions as an artist and teacher. Only after 1957, when the party was forced to modify its stand on art, Strzeminski’s paintings were again shown and his name rehabilitated.

The film starts when things would not be easy for the painter: imbued with a fanatic zeal the new cultural authorities only wanted to impose the Stalinist model of artistic creation—socialist realism. Strzeminski (Boguslaw Linda) for his part wouldn’t want anything to do with the new directives. Moreover, his defiant attitude is seen by the authorities as a provocation. He would still have the support of his students, especially the young Hania (Zofia Wichlacz) who would help him transcribe his theoretical piece “Theory of Vision.” However, as his relationship with the cultural bureaucracy deteriorates so does his standing in a society increasingly adopting the Stalinist model and therefore suffocating all expressions of artistic diversity and freedom.

Separated from his wife Katarzyna Kobro, also an artist, Strzeminski must also take care of his 8-year-old daughter Nika (Bronislawa Zamachowska), while everything around him is falling apart. Wajda’s use of the combination of darkness and light in the oppressive ambience of the painter’s apartment conveys the despair and solitude of the artist with great accuracy.

“Afterimage” is a movie that should be of interest especially to those who like European-style movies with strong psychological elements and a complex historical context as it was that of postwar Poland.