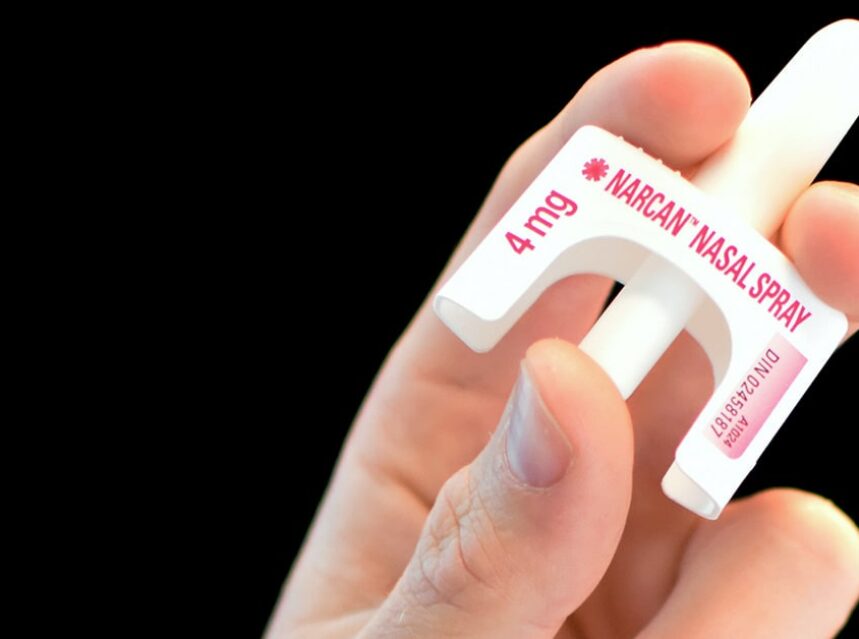 This morning was no different than many other days. I pulled a naloxone kit from the shelf in my pharmacy and headed into the counselling room where a patient was waiting for ‘the talk’. The patient is starting an opioid prescription for the first time, and there are many considerations we need to go over to ensure all goes well, including having naloxone on hand in the unlikely scenario where an accidental overdose may occur. It’s a conversation I’ve had many times, and one I find really exemplifies my role in the community and the health continuum.

Opioid overdoses have become more common in Southwestern Ontario in recent years, including in Norfolk County where I primarily work.

Opioids are prescribed to patients to relieve pain, and are often prescribed following invasive surgery, or to manage chronic pain. At high doses, opioids can also give people a feeling of euphoria. This is why some people use opioids like heroin and fentanyl to get high. But the same drugs that makes people feel high can also make them feel drowsy, confused and can affect breathing reflexes, which causes difficulty breathing or can stop breathing altogether if they’ve taken more than their body can handle. This is when an overdose can occur.

As a pharmacist, I encounter people of all walks of life, those who have been prescribed an opioid for pain management. But even prescription opioids shouldn’t be taken lightly. The use of opioids is often stigmatized, and even some medical professionals are uncertain about how to have ‘the talk’ with their patients about use as to not make them feel singled out or judged. However, possessing opioids comes with a responsibility to those around you and with others in the household, opioids can pose a risk. As such, I advocate that anyone with a prescription equip themselves with the emergency tools to aid in potentially dangerous situations and carry naloxone.

Naloxone (which is often referred to as Narcan, a brand name for the nasal spray version) is an antidote for opioid overdoses that works quickly and is available in Ontario and Quebec pharmacies without a prescription. It works quickly and can reverse the effects of an opioid overdose for a short time, long enough for someone to call 9-1-1 to get necessary medical attention.

Over the past few years as illegal fentanyl has emerged in Canada, law enforcement in cities across the country have reported that fentanyl has been found in other recreational drugs, including cocaine. Thus, even recreational drug users who may not intentionally consume opioids are potentially at risk and should consider carrying naloxone. Much like wearing a seatbelt, carrying naloxone isn’t an indication that one plans to overdose on drugs, but rather that they are prepared in case of an emergency.

According to the Canadian Institute for Health Information, in 2017 adults age 45 to 64 and seniors age 65 and older had the highest rates of hospitalizations due to opioid poisoning over the past 10 years, but the fastest-growing rates of use were for those aged 15 to 24. And yet, the average person is still not talking to their pharmacist about how it could affect them and how they can protect themselves and others.

Naloxone is just one component of a bigger strategy in the fight against the opioid crisis, but one I believe everyone can support so that they are able to help in an emergency; it can save a life and prevent a tragedy. I believe all people should feel empowered to have an open dialogue about the risks of opioids, and feel comfortable obtaining naloxone, for a ‘just in case’ moment we all hope never occurs.

Allison Tario is a Pharmacist at Roulston’s Pharmacy in Southern Ontario.