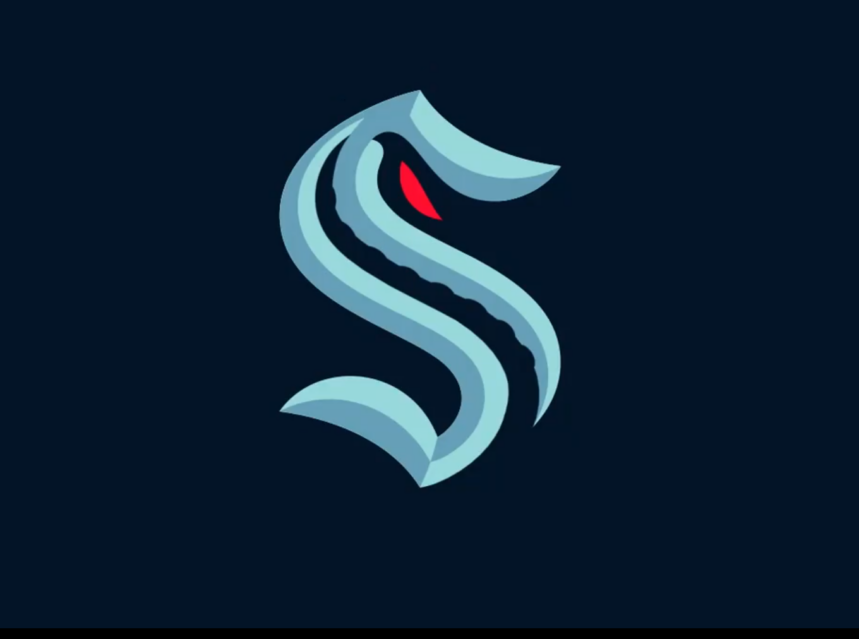 A legend from the deep awakens – the Seattle Kraken

The announcement from the NHL newest franchise in Seattle reads:

“Some say we know more about the cosmos than we do our own waters. Maybe that’s what draws us to the sea—the vast expanse, the impermeable deep. The uncharted has long inspired generations of folklore.

“In Seattle, we welcome voyagers. Our port city brings legends from all over the world. We cross boundless oceans and dense wilderness, finding our beasts along the way. These legends are home to this rugged coastal wonderland with a name etched on Lord Stanley.

Now, we breathe new life into a legend. An ancient and powerful force reawakens in the heart of the great Pacific Northwest. We will wear the ‘S’ in honor of our champion predecessors, and we will have a name that incarnates the might of the sea.”

In their statement team officials say, “The Kraken represents the fiercest beast in all the world. Too large and indomitable to be contained by man (or finned mammal). It instills one message in all opponents whether in our waters, or theirs … abandon all hope.”

The Kraken say over 215,000 people voted for the name after more than 50 fan forums and 12 months of social media conversations. “We met deposit day with 32,000 passionate fans and scores of prospective team names. One in particular emerged quickly as the frontrunner. Two years later, and that same name still carries the conversation. 215,000 fan votes, 50+ fan forums & speaking engagements and over 12 months of social media listening have supported this phenomenon—Seattle is the Kraken.

The colours of the Seattle Kraken

Their logo colours are pale teal/sea green and red. Their sculpted jersey will be dark blue, light blue, light teal and red.

The Kraken say their new logo gives a nod to the city’s NHL past. “Our history in the great ice game goes as deep as Puget Sound. The Seattle Metropolitans were the first American club to hoist the Stanley Cup. They are an eternal part of our city’s history and we pay tribute to them by wearing the ‘S.’ We will aspire to bring the Cup back to Seattle in their honor.”

In terms of the chiselled lines of the logo they were inspired by the freshly carved vessels that are a reminder of where they come from. “A noble city built on the water by bold and hardened adventurers.”

Yesterday, the team announced their new unveiling with a compelling teaser video that set Twitter on fire with guesses about the team name and colours. Many fans guessed the name before the announcement.

The Seattle Kraken will begin play in the 2021–22 NHL season in the Pacific Division of the Western Conference. The team is owned by Seattle Hockey Partners and will play their home games at Climate Change Arena, a redeveloped version of Seattle’s KeyArena, the former home of now-departed Seattle Supersonics of the NBA.