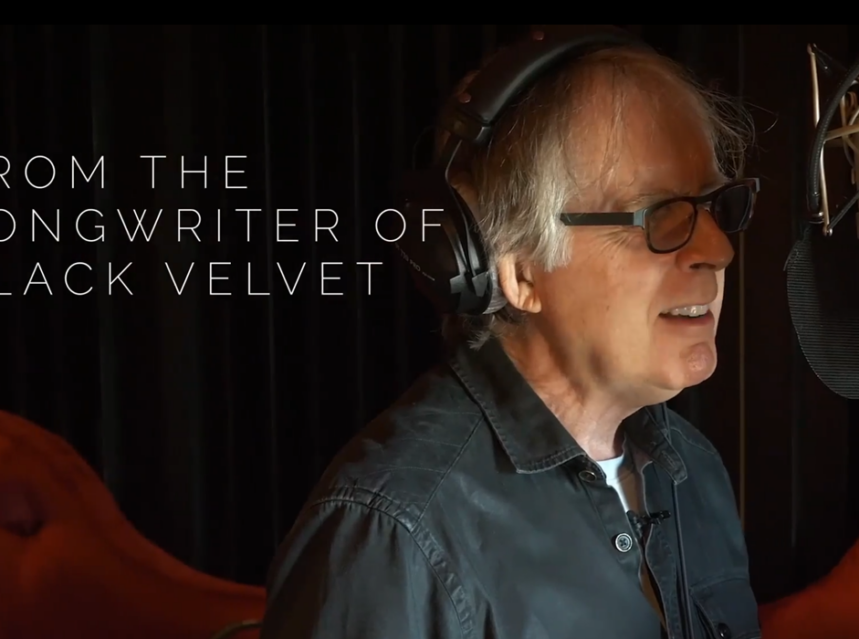 Toronto, ON., May 28, 2021 — “Cause it’s a different day, and I’m a brand new man…” sings renowned Canadian songwriter, Christopher Ward on the title track of his new album debuting today, Same River Twice, setting the stage for a deep dive into the mind and mood of the artist.

Now in his early 70s, Christopher – one of the country’s preeminent songwriters on the international stage — epitomizes creativity, reimagined. There is a lot to talk about for a man who is essentially a new artist with a new endeavour. He has a storied past, a peerless reputation, and a prominent and varied career, spanning live comedy from the stage at Second City, to being Canada’s first on-air VJ, launching the iconic MuchMusic television channel where he interviewed a host of musical and songwriting legends. Add in his success as a Juno award-winning songwriter and author of books including the celebrated “Is This Live?” to hosting the music history podcast, Famous Lost Words, and Christopher has travelled full circle to his latest creative endeavour, a new, self-penned and deeply introspective album to be released May 28 through Wardworks/Warner Music Canada.

A collaborative studio and alternative process

Written for those who love well-crafted songs, the album was recorded ‘live off the floor’ at Orange Studios in Toronto in the middle of a pandemic, late last summer when the studios reopened for a time. The players and singers were safely distanced using baffles and an iso booth, but it was the old school, ‘live off the floor’ approach which was the joy of the process.

The album features an all-star band performing Christopher’s songs, co-produced by Christopher and industry veterans Arun Chaturvedi and Luke McMaster. It features a soulful yet fresh re-visit to Ward’s 1990 #1 Billboard Hot 100 chart topper (and about to be inducted into The Canadian Songwriters Hall of Fame), Black Velvet made famous by Alannah Myles, now re-interpreted through the songwriter’s own eyes.

Debuting April 16 and already garnering international acclaim, the first single was followed by the soulful and romantic ballad, “Sway,” with the full thirteen song album’s release on May 28.
Playfully described as a ‘coming-of-age’ album, it is deeply personal, nostalgic, romantic and at times wistful, featuring themes of optimism for a new day, during a bleak time.

Did you know that Christopher Ward…

“The creation of Same River Twice was a process of rediscovery, like falling in love again,” Ward explains. “I started to write songs that reflect my own life experiences, which I hadn’t done in decades and it led me to value what I have and what life’s about a whole lot more. I wanted to share that to empower people to listen to their own inner voices, as I came to terms with mine.”

Ward talks about the process of making Same River Twice, “How to get those songs recorded was going to be a challenge, but together, my collaborators and I found a way to work safely and still explore the intimacy of playing as a group, bouncing ideas back and forth as we went along. For the players, who had been working exclusively at home for a while, it was like coming out of hibernation, and for me there’s nothing like the joy of playing together and seeing a song evolve before your eyes.”

With inspiration drawn from some of the greatest songwriters of all time including Bob Dylan, The Beatles, Joni Mitchell, Willie Dixon, Laura Nyro and Hank Williams, Ward embraces the possibilities of limitless artistic self-expression and a continued and ongoing drive to create. A lover of the process of collaboration, he believes it ultimately makes for a better song — like travelling down a river to discover something new as the ultimate reward.

“I’m happy with the work I’ve done, but will always want to write another song,” Ward explains, when asked about who else he would like to write for, or with, next. “I can’t imagine retiring, it’s a terrifying prospect for me. I’m a storyteller with a restless imagination, and with this new album, I want to connect with the listener by trying to make the most out of who I am, how I’ve evolved, and by sharing the process of rediscovery. If I write something true, that touches someone, that’s where the real gratification is.”

“I found something meaningful during the process of making Same River Twice, that I thought I had lost. I believe I’ve just made the best music of my life,” he adds. “And I’m not done yet.”

Through the creative lens: a songwriter’s masterclass

Recently, the artist, and much-loved personality, in continuing to live his best life as an inspiration for all, at any age, hosted a live and interactive event with Long & McQuade Musical Instruments on song writing and the creative process on YouTube. The session included the story of the creation of the international hit single, Black Velvet and Ward’s collaborative process, song writing influences and insights and “the songwriter’s antennae” as an overview to his craft, peppered with anecdotes including highlights from interviews with some of the greatest songwriters in history.