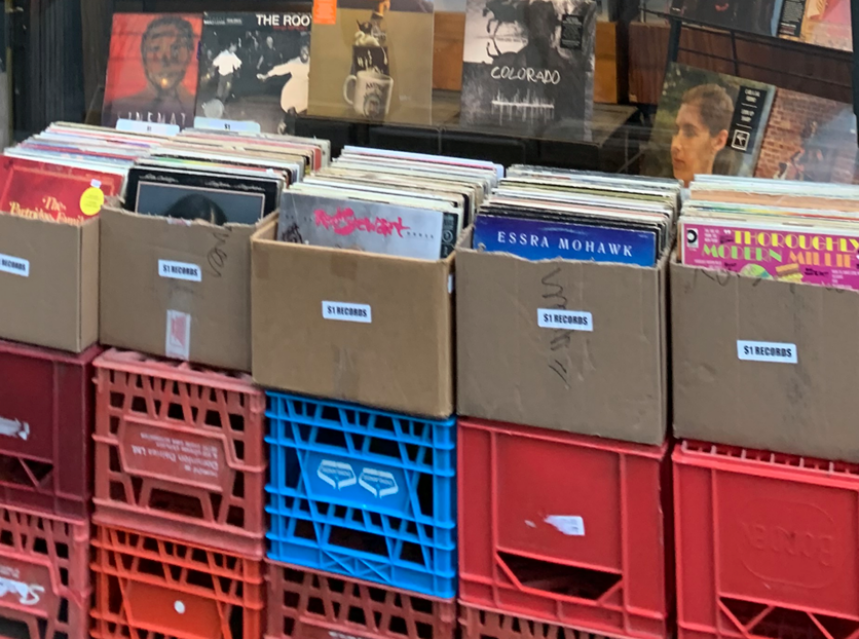 TORONTO, ON., Aug. 28, 2020 — Record Store Day Canada — Toronto audiophiles and vinyl junkies probably already know, but tomorrow, August 29 is Record Store Day. It is referred to as a day that celebrates independent record stores all over the world with parties, in-store performances and special releases.

Record Store Day spans genres and unites music lovers of all ages. There’s a palpable sense of camaraderie in those early morning lines and an air of anxious excitement as fans gather to get in first and find that those hidden gems or those specific new record releases from favourite artists.

Traditionally, Record Store Day is celebrated annually in April, but due to the Covid-19 pandemic, the 2020 Record Store Day has been replaced with RSD Drops. So there Toronto vinyl enthusiasts will be happy to hear there are three separate RSD Drops dates taking place this year. The first one is tomorrow and the next two will occur on September 26th and October 24th.

Chances are one of your favourite artists is dropping some sort of release on Record Store Day, whether its Bowie, Sexmsith, Eilish, Gorillaz, Charlatans, Pink Floyd or New Order, there is something for everyone. You can find the entire list of RSD August releases here.

One of the sort of releases that will have music fans lined up is the The Black Keys limited edition (only 7,500 worldwide) double 45 RPM 180 gram vinyl version of their ninth album, “Let’s Rock,” highlighted in a deluxe holographic gate-fold cover and individually numbered.

Also as mentioned, Gorillaz will drop two vinyl editions, G-Sides and D-Sides, containing various B-sides, remixes and bonus tracks from the band. It will be the first time that G-Sides will be available on 180 gram vinyl.

Canada’s own Albertan songstress k.d. lang will drop a red translucent vinyl version of her 1987 major-label debut, “Angel With a Lariat,” in addition to a cover album, “Drag,” presented in a double vinyl set with special etching on side four.

Participating GTA and Canadian record stores can be found on recordstoreday.com but rest assured your favourite goto vinyl purveyor will be participating.

DISCLAIMER: There are a lot of independent stores that participate in Record Store Day. Not all of them will choose to participate in all promotions, or carry all releases. Just because a store is listed here does NOT mean it will have the goodie or record you’re looking for. That said, find a store near you and check with them directly. It’s always a good idea to be BFFs with your neighborhood record store.