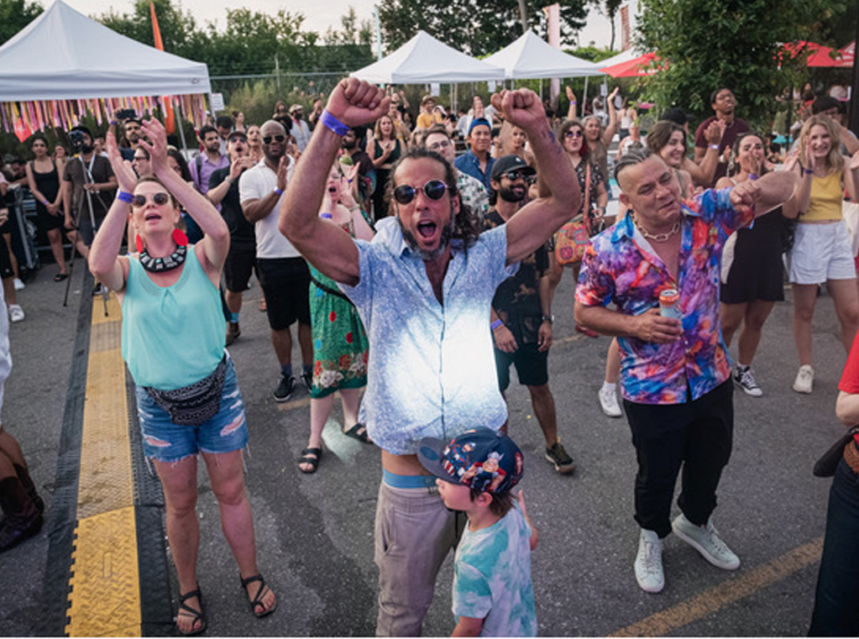 A new arts and culture event is launching in Toronto this weekend. The first-ever Geary Art Crawl is a two day, rain or shine celebration of art and culture on Geary Avenue from Ossington to west of Dufferin. From October 2-3, the mixed use west-end neighbourhood will come alive with music, visual art installations, pop-ups, food and more in a creative emergence from the pandemic that celebrates the arts while putting local businesses at the forefront.

“Geary Avenue has a rich history as a mixed use arts community and our goal is to highlight and celebrate that throughout the course of the weekend,” says Kristyn Gelfand (she/her), head of marketing at Uma Nota Culture. “We’re excited to bring together local businesses, artists and performers to showcase some of the best the area has to offer, for art and culture lovers across the city.”

Additional artists to be announced.

Visual artists and performers include:

The Geary Art Crawl hours are Saturday, October 2 and Sunday, October 3 from 12 p.m. to 11 p.m. It is free to the public, except for the musical performances, which will require tickets in advance. They can be purchased for $19.13 here: https://www.gearyartcrawl.com/tickets

For more information visit: GearyArtCrawl.com – and for specific location details on each activation, check out the Geary Art Crawl Program Map.

“Geary Avenue is a vibrant employment area within the established low-rise residential neighbourhood of Davenport. Geary Avenue is prized for its “maker” uses such as small scale manufacturing, food production, artists’ studios and production studios. The eclectic mix of these uses with small-scale restaurants, bars and other cultural uses in old low-rise industrial buildings gives the street an authentic, alluring “vibe” that is increasingly making Geary Avenue a commercial and social destination.” -City of Toronto Planning

The City of Toronto, and the Geary Avenue area within it, have been inhabited by Indigenous peoples for millennia, or time immemorial. Beneath Davenport Road, one block north of Geary Avenue, lies an ancient trail created by Indigenous peoples. The trail ran at the foot of the bluff which formed the former shoreline of Lake Iroquois, the forerunner of the much smaller Lake Ontario. The Indigenous trail linked Indigenous settlements with hunting and fishing grounds and with trade routes. Defined by the geography of the former Lake Iroquois shoreline, Davenport Road stands out from the colonially imposed rectilinear street grid and connects us with the area’s indigenous history.

In the 1780s and again in 1805, as the British government prepared to colonize the Toronto area, it negotiated Treaty 13 with the Mississaugas of the Credit First Nation to obtain title to the land. Toronto remains part of the traditional territory of many nations including the Mississaugas of the Credit, the Anishnabeg, the Chippewa, the Haudenosaunee and the Wendat peoples and is now home to many diverse First Nations, Inuit and Métis peoples.