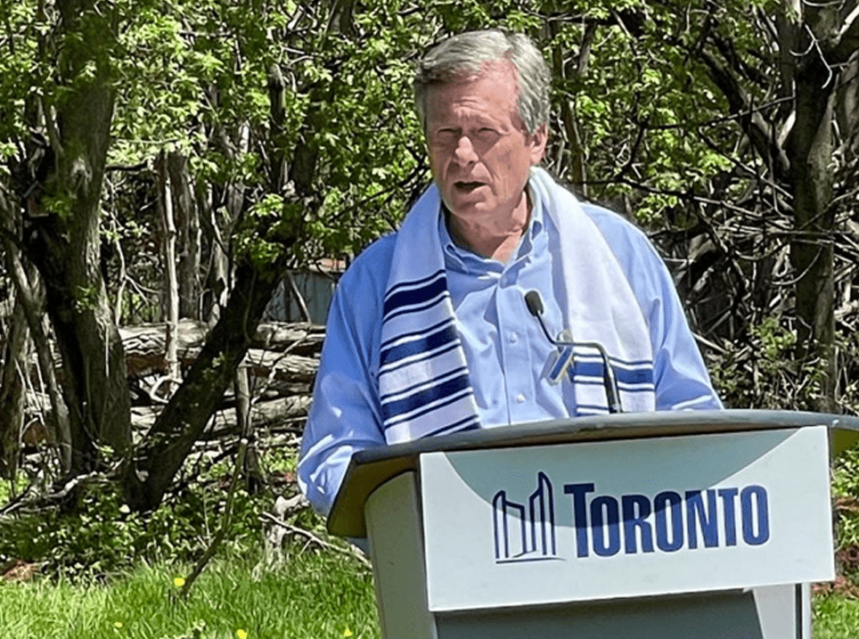 Mayor Tory was joined by Councillor Jennifer McKelvie (Scarborough-Rouge Park), Chair of the Infrastructure and Environment Committee, and special guests at today’s event.

“The oak tree is an important part of Toronto’s urban forest. It is a great representation of the city of Toronto and plays a vital role in our history. Naming Toronto’s Official Tree recognizes the significance of all trees, strengthening our connection to nature. Thank you to the thousands of residents of all ages across Toronto who voted to select Toronto’s Official Tree.”– Mayor John Tory

Toronto’s Official Tree was selected by a public vote, held from April 21 to May 10, where Toronto residents could cast their vote for the tree they felt best represents Toronto. City of Toronto staff engaged with Indigenous representatives and selected the four trees that most represent Toronto: birch, maple, oak and pine. Close to 11,000 votes were received, with the oak tree receiving 47 per cent of the votes, the maple tree in second place with 31 per cent, the birch tree 14 per cent and the pine tree received eight per cent of the votes.

Trees provide shade, energy savings, wildlife habitat and improve air quality through removal of carbon dioxide and airborne pollutants. The City has long recognized the importance of urban trees and the benefits they provide. Residents are encouraged to visit the Official Tree webpage to learn more about each of the four trees, their significance and history, as well as watch informational videos on the trees featuring Indigenous Knowledge Keepers and City staff.

“Today’s announcement of the oak tree as Toronto’s Official Tree reaffirms our commitment to growing, enhancing and protecting Toronto’s urban forest. All four of the tree options – birch, maple, oak and pine – are reflective of Toronto and its history,” said Toronto Councillor Jennifer McKelvie (Scarborough-Rouge Park), Chair of the Infrastructure and Environment Committee.

Toronto’s Official Tree will become part of the City’s official symbols, which also include a City flag, Coat of Arms and the Mayor’s Chain of Office. Ceremonial symbols are used to communicate the history and culture of a city, highlight important features of the environment and instill pride and unity amongst community members. More information about the City’s official symbols is available on the City of Toronto Symbols webpage.