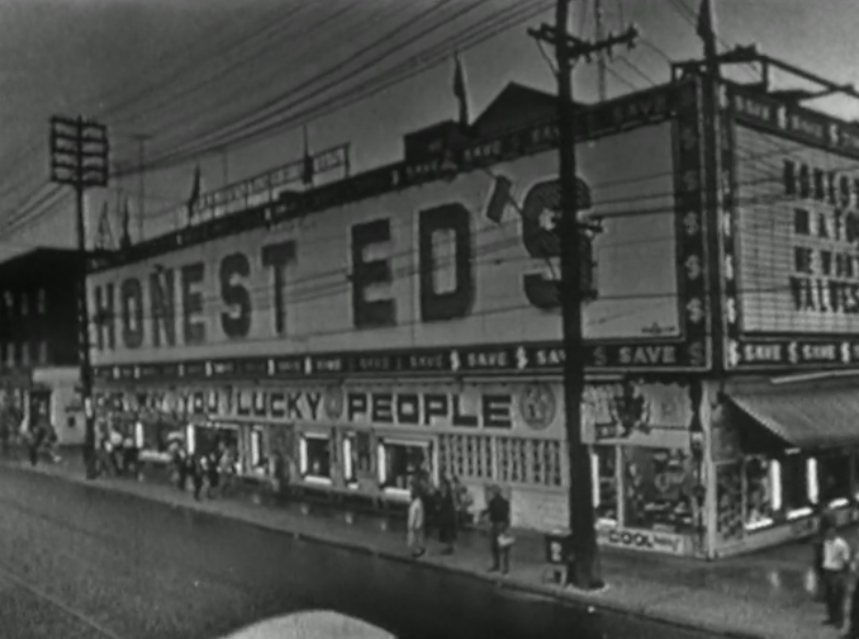 TORONTO, ON., August 13, 2020 — Mav Karlo, the latest project from Toronto singer/songwriter Menno Versteeg of Hollerado and Anyway Gang fame has just released his first single and it has a real vintage Toronto vibe. The new single “Dig A Hole” is in advance of the Mav Karlo’s October 16th album release, entitled Strangers Like Us.

A love letter to Honest Ed’s, with an adorable video to boot “Dig A Hole” sees Versteeg waxing lyrical about gentrification and the ways in which seemingly innocuous meetings can have wider repercussions (“Oh Mr. Eddy, I might owe you my life / Thanks for not arresting my dad”).

“When my dad was a teenager he lost his mom and went through a rough patch where it seemed like he was headed for jail, or worse,” says Versteeg. “During that time he got caught stealing at Honest Ed’s, but Honest Ed just gave him a stern talking-to and let him go. I’ve always wondered how his life might’ve taken a turn if it hadn’t worked out that way—if I’d even be here now if he’d ended up going to jail.”

Directed by Lulu Wei, who also directed the acclaimed There’s No Place Like This Place, Anyplace documentary, the video for “Dig A Hole” is a charming ode to Honest Ed’s, with a headless Versteeg seen wandering around the construction site, while also deepfaked over some old interview footage, chatting with Honest Ed himself.

A departure from his Hollerado and Anyway Gang days, Strangers Like Us sees Versteeg tackling mental health, how relationships ebb and flow over time, and the trials and tribulations of being a touring musician for the better part of two decades, while also trying to be a functioning human being.

Produced by Chris Coady (Yeah Yeah Yeahs, Amen Dunes, Beach House) at the legendary studios Sunset Sound and Sonic Ranch (and with guest vocals from Katy Goodman of Vivian Girls throughout), the record is an undeniably courageous and honest one, with Versteeg leaving no stone unturned in his quest for self-examination.

Naming Tom Petty and John Prine among his inspirations, Versteeg first began creating as Mav Karlo last year in the midst of constant upheaval, equally driven by an urge to expand his horizons as a songwriter and a need for the raw catharsis of unfettered expression. An album elegantly steeped in memory, Strangers Like Us navigates the often-painful act of looking back with grit and clarity and unbridled imagination.

Versteeg says, “A lot of the record is about looking within and trying to find the source of your pain, trying to figure out why you behave the way you do, but by the end there’s a sense of starting to trust yourself. So even though there might still be self- doubt, it’s a confident kind of self-doubt—an understanding that everyone feels this way sometimes, and you’ve got to just keep pushing on.”