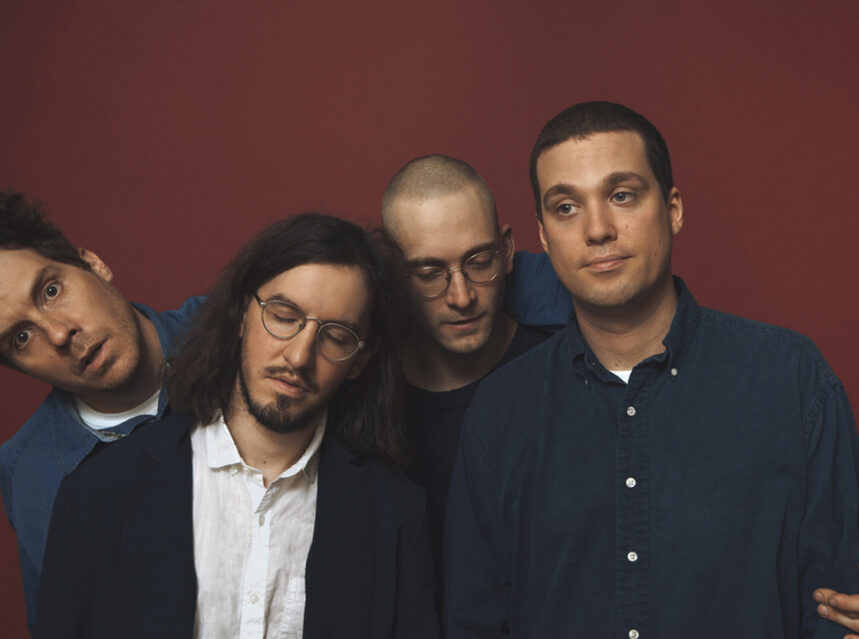 I must admit, I had never heard of this Montreal band until their segment on CBC Radio’s Q ‘Thursday Headliner’ show last week, which followed their gig at The Garrison in Toronto on November 20th.

Corridor are the first Francophone band ever signed to Seattle’s Sub Pop Records label made popular by grunge era greats Nirvana, Soundgarden, Sebadoh, Sonic Youth and the list goes on.

So the interview and live spot on Q has me searching on Apple Music to listen for more and I am not disappointed.

Although many non-Francophone Canadians will need to brush up on their French to understand the lyrics in a lot of their songs, the music is truly universal with an incredible number of influences spanning several decades of a who’s who in alternative rock music.

If you like the sounds of The Smiths’ Johnny Marr-like jangly guitar (in a lower pitch), combined with the drive and linear feel of bands like Velvet Underground, Television, and The Strokes, you will not be disappointed. Combine this with the dry hypnotic drumming style of Joy Division’s Stephen Morris, along with occasional Peter Hook-like bass, mixed in with REM-like harmony vocals and in the case of their single “Domino,” jangly Peter Buck guitar, and then stir in the repetitiveness of a band like 90s shoe-gazers, My Bloody Valentine followed up with a dash of the present day frenetic sound of Britain’s Foals, and Corridor will have you hooked. Sure that’s a mouthful to describe a band’s sound but the result of something unique that a lot of listeners can latch onto.

Regarding their latest album their Sub Pop bio says, “This ain’t Corridor’s first rodeo. Junior is the band’s third full-length and their third recorded with their friend, producer (and occasionally roommate) Emmanuel Ethier. However 2015’s Le Voyage Éternel and 2017’s Supermercado were made languorously, their songs taking shape across whole seasons. This time Dominic Berthiaume (vocals/bass), Julian Perreault (guitar), Jonathan Robert (vocals/guitar/synths), and Julien Bakvis (drums) permitted themselves no such indulgence. The band were committed to releasing an album every two years, and for Junior it required a blitz. “If you want to release something this fall, we need the masters by the 10th of May,” the label had warned them. Winter was already in its last throes: on March 1, Corridor went into studio; in mid-April, Corridor came out. They had somehow created Junior and it was, if we may be so bold, spectacular.”

During the interview on Q, the band talks about making Junior, which is their first Sub Pop release and they begin by explaining they have only had a few hours of sleep.

“We got to bed at 2 am and woke up at 5:50 to play live in studio,” explains Dominic Berthiuame, the band’s bassist and vocalist.

Regarding signing to Sub Pop, Berthiuame explains, “The band was in good spirits. It feels great. It’s cool. We feel kind of proud and we don’t worry too much about it. We never expected it to happen and it really surprised us but now we are used to it because we signed the contract a year ago and it is old news for us. ”

When asked about forming the band at the age of 14, the bassist says, “We went to high school together each day and after we finished at 2 pm we would spend the afternoon playing punk music in our basement… It was composition it was just bad songwriting. When we were 14 we were listening to a lot of Californian punk rock. It was fun. I learned how to play bass that way. ” It was just part of our life. Something we were used to doing. Instead of watching tv on tuesday night we would go into the rehearsal space and play music. Im not sure we ever thought about being on a label we were just playing music. “

Jonathon Robert, singer and guitarist for Corridor, wrote the catchy first single “Domino,” which he told Q’s Tom Power “was inspired by the release of our last album Supermercado I was really stressed by the release. And so that effected me really negatively also that had an impact on my friends and girlfriend as well. “

Six of the 10 tracks on Junior were conceived over one weekend but you will want to listen to it over and over again to appreciate its depth in terms of layers, sounds and influences.

I am definitely planning on catching Corridor the next time they play Toronto!