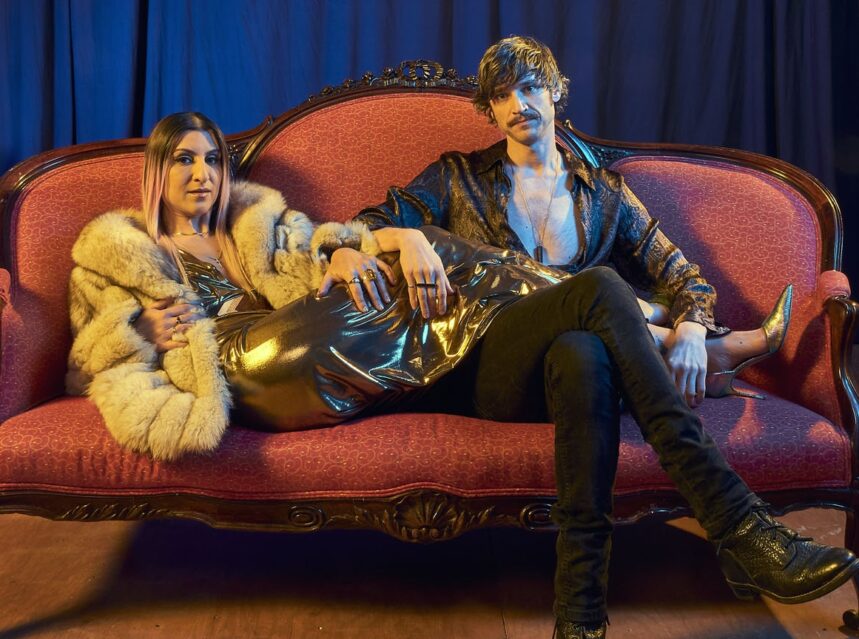 “One of our major goals was how to transfer our high-energy live performance sound to record. (Brian Moncarz) said, ‘Hey, I can help you with that.’ It’s so hard,” says singer/ keytarist Vanessa Vakharia, who partners with singer/guitarist David Kochberg.

Kochberg deems the album, “a salute to the rock music that inspired us, both musically, and also as a voice for the misfits of the world that push back against the status quo.”

On the go since 2011, Goodnight Sunrise has done about everything an indie group can do to break out. They’ve received regular airplay across Canada, racked up 750,000-plus streams, played international festivals like NAMM in California, and – most significantly – opened for Bon Jovi at the Air Canada Centre in 2018 (after winning a Q 107 contest).

They like to put on goofy, high-energy gigs. And some of that same spirit runs through the single “Wait For It,” a satirical comment on the music business with a characteristically addictive chorus.”

“I’m such a sucker for hooks,” Vanessa laughs. “You have to go up five notes for the hook.”

“Ultimately, pop can be a dirty word to some people. But we like to approach songs from a pop perspective.”

The second single “One Pill” is cool, atmospheric pop, while “Better Off” is a heavier cut with Kochberg handling the lead vocals.

While no longer a couple, they are a fashionable pair. And their songwriting surely gains insight from that history.

“We’ve been through everything imaginable,” David muses.

Among the band’s biggest goals is, “connecting and bringing comfort to listeners”, and they’re grateful that streaming services allow them to reach people, spanning the globe.

“It can feel trivial to think about a concert in a time of war, despair, and chaos around the world — but music is community, connection, and belief in the good things humanity is capable of,” they posted on their facebook page in August.

Vakharia cites vocal influences from Britney Spears, to Sarah McLachlan. And both members feel strongly about the role of women in Rock.

“I’ve seen what Vanessa has been up against over the years – when she was the only female musician on the entire bill,” Kochberg relates. “She has definitely seen a lot of sexism, and barriers.”

“It often feels like one step forward, two steps back, “ she adds.

For the past several years they’ve been the core of the band, bringing in musicians for different albums, and tours. “Against All Odds” was recorded with the Our Lady Peace rhythm section of Jason Pierce (drums), and Duncan Coutts (bass).

Goodnight Sunrise will do shows throughout the fall, with some “holiday surprises” in the offing.