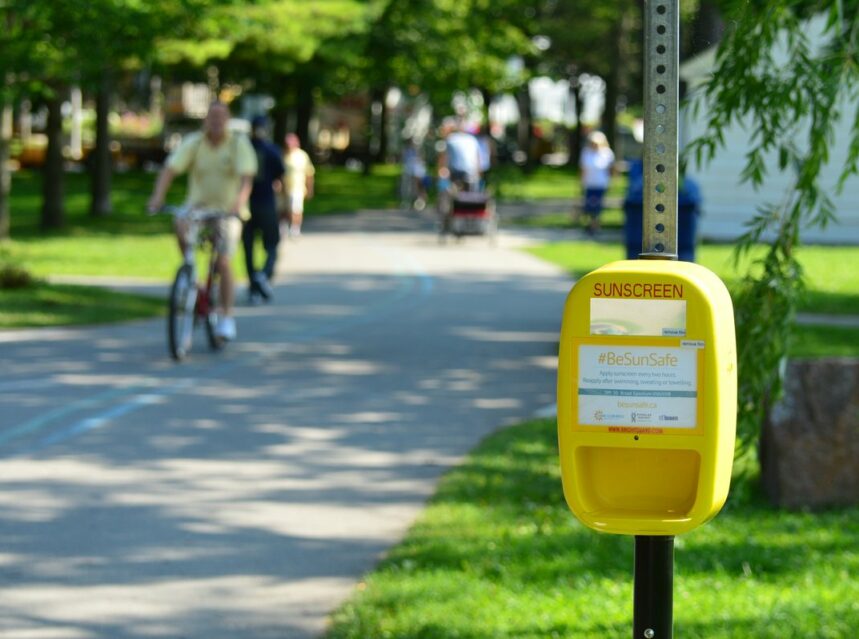 Toronto Parks offer free sunscreen – Sunscreen is something people often tend to forget to apply before going out in the sun, which is why Toronto is doing something about it.

As of Tuesday, the City of Toronto and two melanoma foundations will be starting a pilot project to provide free sunscreen at some parks.

Crews from the David Cornfield Melanoma Fund and the Douglas Wright Foundation will maintain and stock the dispensers. The foundations will also be covering all costs, which total $20,000.

The pilot project will run until the end of September.

If the trial is successful, free sunscreen could be available at more Toronto parks this summer and the project may return in summer 2018.