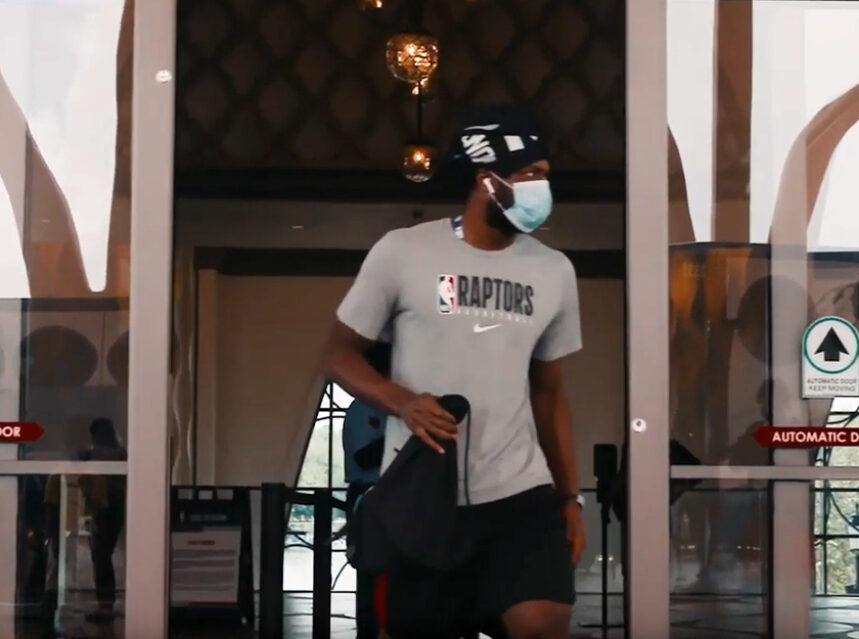 THE BUBBLE: AN OPEN GYM DOCUMENTARY PRESENTED BY BELL, a four-part documentary about the Toronto Raptors’ experience in this summer’s NBA Bubble in Orlando, premieres exclusively on TSN at 8 p.m. ET on Tuesday, Dec. 8 and Tuesday, Dec. 15.

Two hour-long episodes will debut each night, giving fans a glimpse of what life was like inside the NBA “Bubble” in Florida, and first-hand insight into the circumstances impacting the team and their home-away-from-home.

On June 22, three months after the NBA became the first professional sports league to shut down in the wake of COVID-19, the players, coaches and staff of the Toronto Raptors gathered in Naples to resume the season. Embedded with the team was a camera from OPEN GYM, the Raptors’ ongoing documentary series presented by Bell, uniquely positioned to capture behind-the-scenes footage as the team reunited, regrouped and refocused, preparing to enter the NBA’s Orlando Bubble.

The camera stayed with the team every step of their 84-day journey, from training camp through the playoffs, and now fans have the opportunity to see what went on in that unprecedented situation. Watch here for the trailer: THE BUBBLE: AN OPEN GYM DOCUMENTARY PRESENTED BY BELL.