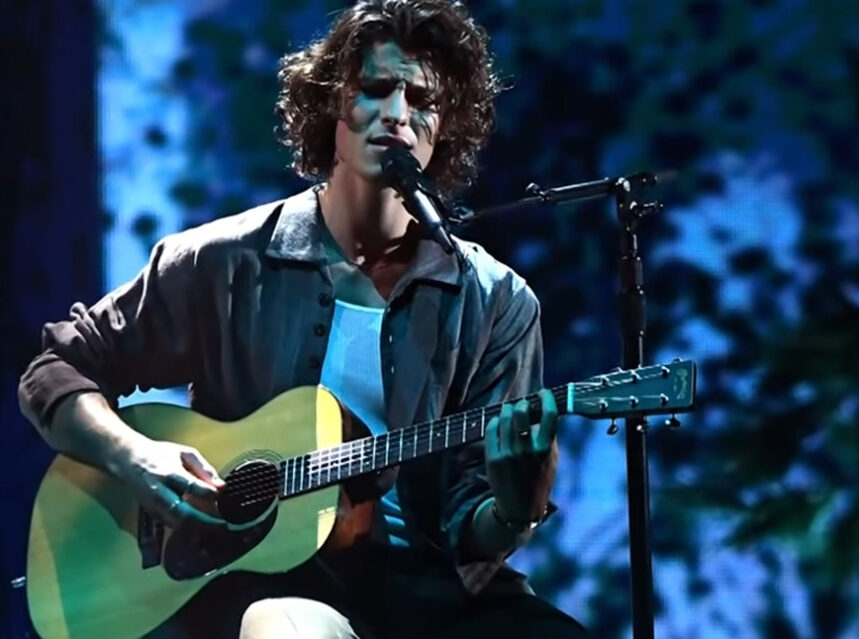 The American Music Awards kicked off with a stellar performance by Justin Bieber and Shawn Mendes as they premiered their collaborative single, “Monster.” Actually, Stratford’s own megastar Justin Bieber started off the night at the Microsoft Theatre with his single “Lonely,” written with Benny Blanco, followed by an uplifting performance of the gospel sounding “Holy.” Toronto’s Shawn Mendes then appeared on stage to lead with the chorus for “Monster” before a backdrop similar to the images from the new “Monster” video.

Later in the show, Mendes performed the single “Wonder” off his upcoming December 4th album release of the same name. He began singing solo and playing piano before the full band and fancy lighting effects kicked in.

Mendes wasn’t up for awards but Justin Bieber took home Best Male artist ahead of fellow megastars Post Malone, and Toronto’s own The Weeknd.

The Weeknd, however took home three awards, winning favourite male artist – soul/R&B; favourite album – soul/R&B; and favourite song – soul/R&B and performed a medley of “In Your Eyes” and “Save Your Tears” with Kenny G from his Billboard 200-topping album After Hours. The Weeknd had many fans wondering if he was okay as he performed with a massive bandaged face and head, along with sporting the same red suit jacket, and black leather gloves consistent with several other high profile performances he made this year on Jimmy Kimmel Live and SNL.

The bandages seem to have increased from previous performances where he only had his nose taped up. Earlier this year The Weeknd told Esquire that his No. 1 hit single “Blinding Lights” is about “how you want to see someone at night, and you’re intoxicated, and you’re driving to this person and you’re just blinded by streetlights, but nothing could stop you from trying to go see that person, because you’re so lonely. I don’t want to ever promote drunk driving, but that’s what the dark undertone is.” So it seems The Weeknd is just fine,with bandages being a prop suggesting the perils of drunk driving.

Who knows what The Weeknd will do next when he headlines the Super Bowl halftime show in February.

The Weeknd Head bandaged, Why so many bandages The Weeknd AMA