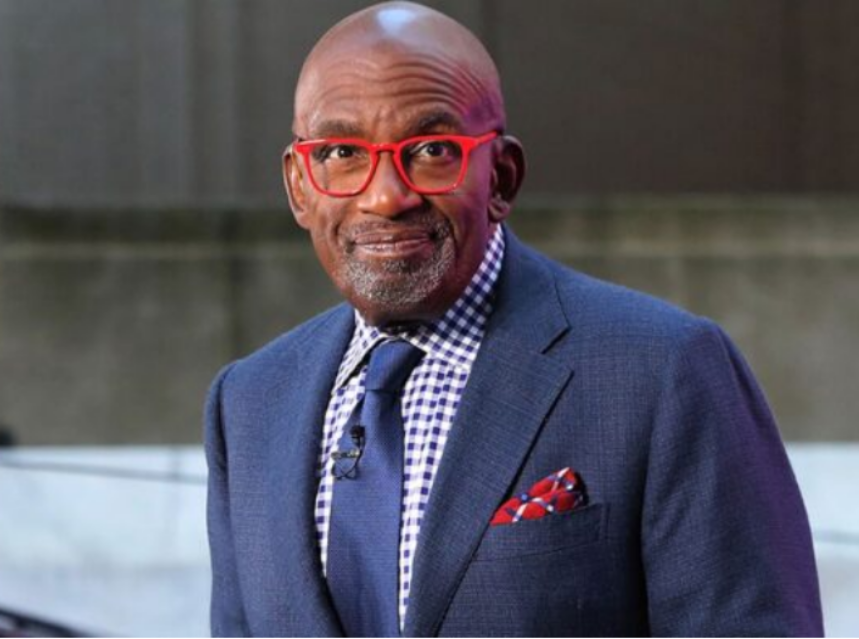 You Look So Much Better in Person – For as long as there has been television and television news, the weather person has always been an integral part of any TV newscast.

On the surface, standing in front of a blue screen making satellite images come to life, pointing out high and low systems, hot and cold fronts, heatwaves, rainstorms, blizzards, hurricanes and record temperatures can be mundane at best. But somehow, the TV weather person — now called a meteorologist — has the leeway to make their forecast more informative and/or entertaining to the viewers who rely on them to help shape their day with what the weather will be like the following day.

A firm believer of mixing humour with the weather is Al Roker, the jovial meteorologist who has been a regular fixture every morning on NBC’s Today show for a good 30 years. Although he takes his weather forecasting very seriously (especially when there’s a major snowstorm or hurricane about to strike the U.S.), Roker shows his non-weather person side throughout the year, whether it be as co-host of Today’s Third Hour, a celebrity interviewer, a BBQ grillmaster, doing his occasional “Rokerthon” stunts, or as one of the hosts of the Annual Macy’s Thanksgiving Parade and Tournament of Roses Parade broadcasts.

Yet through a broadcasting career of over four decades that saw him ply his trade from Syracuse to Cleveland to New York City, Roker has learned many lessons from these past experiences that he has applied to his private and public life. It’s those lessons that he shares in his recently released eighth book You Look So Much Better in Person.

The book (in which its title is inspired by the phrase that many Today show fans tell Roker when he meets them in person on the Today Show Plaza) is a collection of 16 life lessons (which are labelled as “altruisms”) that he has learned and absorbed over the past 40+ years as a TV personality.

Each altruism is accompanied by an anecdote or two from his life and career that directly applies to the lesson/altruism in question. For example, “If you’re gonna cry, know how to cry” relates to how a stunt Roker pulled in 1975 when he worked at a local TV newscast in Syracuse, in which he played the theme from “Jaws” whenever a newsroom staffer was called into the news director’s office to get chewed out, which backfired and led to an outburst of tears when it was his turn to get called onto the carpet; “get up an hour before you need to” recalls the time when he overslept an extra couple of hours and missed his then-early morning Weather Channel “Wake Up with Al” broadcast that certain day (for the first — and only — time in his career); and “you don’t need to be the top banana” which stressed the importance of TV sidekicks (also known as “second bananas”) during an interview Roker conducted with the late Ed McMahon at his luxurious mansion in Bel Air, and realized he obtained his wealth from his long career as Johnny Carson’s constant second banana on the Tonight Show.

The autobiographical altruisms are very entertaining to read and provide readers with a glimpse at what goes on behind the scenes at a live TV program and/or newscast that reaches millions of viewers every day. And it’s all from one of the most admired personalities on the TV morning show circuit who truly worked his way up from the bottom.

Although the narrative occasionally contains some jokes that are groaners, it doesn’t take away from the fact that it comes from a highly visible personality who enjoys his success and is humbly grateful about his road to the top and the people in his life who helped him on his journey.

For those who make the Today show their daily morning viewing habit (like myself), want to aspire to a career as a TV meteorologist, or enjoy how Al Roker forecasts the weather with his bubbly presence, You Look So Much Better in Person is the ideal book for those people who are happy, to paraphrase Mr. Roker, to know what’s happening (weather-wise) in their neck of the woods. (Go Hachette Books, $35)

Book Review: YOU LOOK SO MUCH BETTER IN PERSON by Al Roker