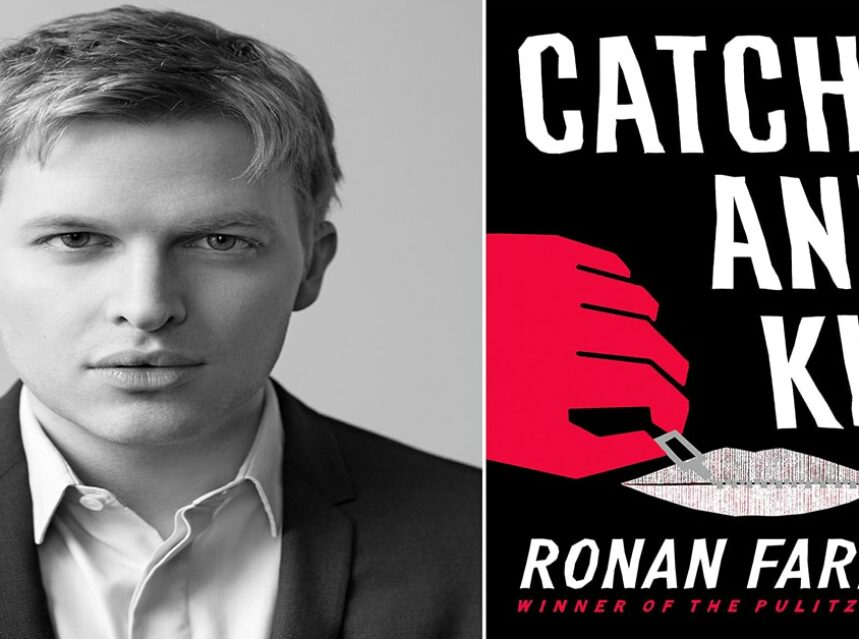 Probably the biggest news story of this decade was the downfall of Hollywood movie mogul Harvey Weinstein, the meteoric rise of the ‘Me Too’ movement, and the snowballing effect towards increased awareness of sexual harassment and sexual assault in today’s society.

But another part of this story is how it got out to the public, which is basically thanks to the diligent, old-school journalistic efforts of Jodi Kantor and Megan Twohey of the The New York Times, and Ronan Farrow of NBC.

If this story sounds like it took a page from “All the President’s Men”, at first glance, you would be right about that assessment. The only difference is – especially in Ronan Farrow’s case – that while Bob Woodward and Carl Bernstein were facing plenty of skepticism from other major newspapers including the editors of The Washington Post, it was the faith of the Post’s editor-in -chief, the late Ben Bradlee, to pursue the story at whatever the cost, and for their efforts, their collaborative articles broke open the Watergate scandal and led to the resignation of then-U.S. President Richard Nixon in 1974.

Regarding Farrow, as he was gathering more and more damaging information about Harvey Weinstein from many of his sexual assault victims and other anonymous sources, a number of his bosses at NBC and MSNBC became reluctant to air the story, caving into fear and intimidation of what kind of wrath Weinstein could bring about if the story became public; to make a long story short, NBC killed the story and didn’t renew Farrow’s contract.

This could have been the end of the story as such. However, like Ben Bradlee, it took the faith of David Remnick, the editor-in-chief of The New Yorker magazine, to publish Farrow’s story without fear of consequence. The after effects of his story spread like wildfire, not only for Harvey Weinstein, but also for other visible personalities like Bill Cosby, Matt Lauer, Charlie Rose, Louis C.K. and to an extent, Donald Trump.

To find out how Ronan Farrow used journalism to such a devastating effect to break years of silence and shame – and the feverish efforts employed to quash the story and cover-up Weinstein’s indiscretions — definitely check out his hard-hitting account in Catch and Kill.

Just like All The President’s Men, Catch and Kill (which is a phrase referring to the actions the National Enquirer took to quell controversial stories that involved close friends of publisher David Pecker, in which the whistle blower would be paid a substantial amount of money, and subsequently, the story in question would never appear in the paper) chronicles Farrow’s step-by-step journalistic methodology on how he exposed a long hidden secret; in this case, it’s Harvey Weinstein being exposed as a sexual predator throughout his most successful period as a Hollywood movie producer, and how he used young female models and actresses as the bait, promising career advances if they acquiesced, or ruination if they resisted.

As well, he reveals the difficulties he had to try and convince many of Weinstein’s victims to go on the record and tell their respective stories of sexual abuse at the hands of Weinstein; the psychological wounds and the fear of reprisals still too fresh on their minds.

Farrow also recounts the consequences and the pressures he faced if he went ahead with this story, especially with the cabal-like methods Weinstein employed to try and suppress the story and discredit Farrow, which was exemplified in Weinstein’s relationship with the “Black Cube”, a secret black ops-type organization that specialized in dirty tricks that were similar to what the “plumbers” did during the height of the Watergate scandal.

And as an added bonus, the book describes in detail the sexual indiscretions of Matt Lauer (who believed in Farrow’s quest for truth in pursuing Weinstein), which eventually led to his abrupt termination as host of the Today Show in November of 2017. In another fine exercise of journalistic diligence, Farrow finally names Lauer’s accuser and describes in harrowing detail the blatant abuse of power Lauer used for his sexual satisfaction, regardless of the psychological trauma that continues to plague that NBC employee who had no choice but to cave into Lauer’s advances. It makes for rather shocking reading.

Catch and Kill is a vivid argument for why Ronan Farrow earned his Pulitzer Prize, and how his nonstop determination to seek the truth in a rather sordid affair ended up as a quest for justice for those who were terribly wronged and were silenced out of a sense of fear and retribution. It’s a stark example of journalism as more than a means of giving the people the right to know, but also provide a social conscience. This is required reading for aspiring journalists and anyone who really wants to know what was so wrong with this decade.

The Institute by Stephen King