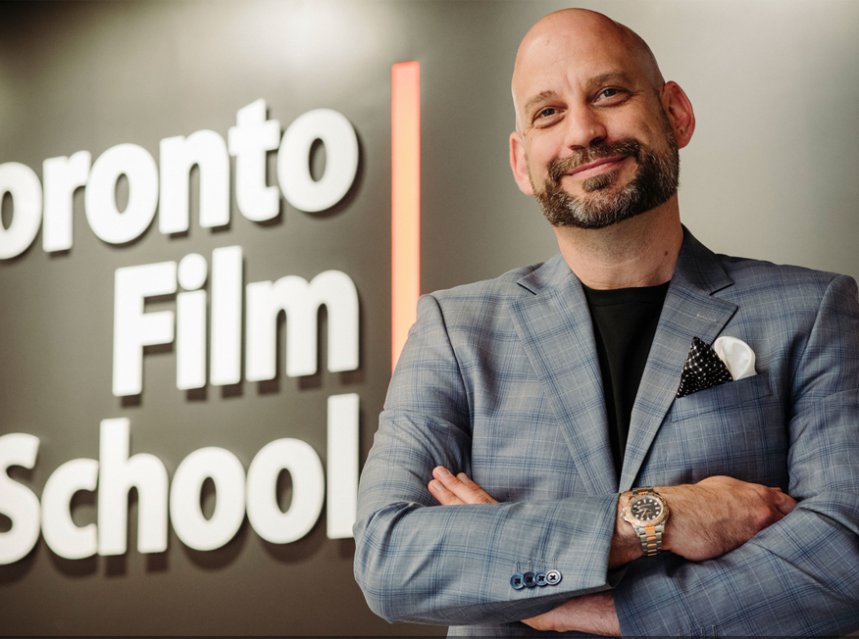 Over the past 12 months, Barnsley has received both an Emmy and a Golden Globe Award for Outstanding Comedy Series as an Executive Producer of Schitt’s Creek. He is also an eight-time Canadian Screen Award nominee/winner for his work on Schitt’s Creek, Jann and Spun Out.

Barnsley had previously served as Toronto Film School’s Executive Producer in Residence for the past four years, collaborating closely with faculty, students and alumni.

“I’m honoured to now lead Toronto Film School, mentor students, support a broad range of creative voices and shape curriculum alongside the school’s world-class staff and faculty,” said Barnsley. “I’m a big believer in post-secondary education, that cultural change begins in the classroom, and that meaningful and relevant instruction builds confidence in students to make their mark on the world.”

One of Canada’s most celebrated producers, Barnsley plans to elevate the school’s purpose, helping students at Toronto Film School graduate with the knowledge, connections and resiliency to thrive in the Canadian film and television industry.

“Toronto Film School graduates will not only be ‘set-ready,’ but ‘industry-ready,'” explained Barnsley. “Confident that they have mastered their craft and gained important insights into an industry that is fast-paced, exciting and demanding.”

Barnsley will continue to serve as Chief Executive Officer of Project 10 Productions, where he leads an award-winning team producing projects for Canadian networks and global streaming partners. He views the dual role as a benefit to both organizations, enabling him “to bring industry to the school and the school to industry.”

“My dream is to see Toronto Film School students on the sets of every major production in Canada,” Barnsley added. “It’s not always an easy industry, so I want to foster purpose, resiliency and confidence in our students.”

“For our faculty, students and community, this news signals an exciting transformation,” said Dr. Rick Davey, the outgoing President of Yorkville University and Toronto Film School. “Andrew will strengthen important connections to industry, government and other educational institutions.”

The Canadian film and television industry is a $9.3B economic contributor and directly supports 180,900 FTE jobs (2019). Beyond the production hubs of Toronto and Vancouver, the industry is expanding its reach and value to other Canadian markets such as Quebec, Alberta and Northern Ontario.

“As Schitt’s Creek demonstrated with its unprecedented Emmy sweep earlier this year, there is no doubt that Canada’s film and television production sector is among the world’s best,” stated Reynolds Mastin, President of the Canadian Media Producers Association.  “As Andrew steps into this new role, he brings a clear vision of what it takes to succeed in today’s globally competitive industry, which will be of tremendous value to the emerging production talent in this country.”

About Toronto Film School
Toronto Film School offers a fast-paced, hands-on and highly collaborative learning environment designed to arm students with the theory and skills they need to pursue their passions in the creative industries. Ranked as a top film school by the QS World University Rankings, Toronto Film School’s program offerings range from Acting and Writing for Film and Television to Film Production, Graphic Design and Video Game Design – all taught by instructors who are active in their respective industries.

In 2019, Toronto Film School opened its new 17,387 square-foot facility in the heart of downtown Toronto. The new showcase location creates an environment where students can congregate, collaborate and create in a practical setting that prepares graduates to contribute to the Canadian film and television industry.