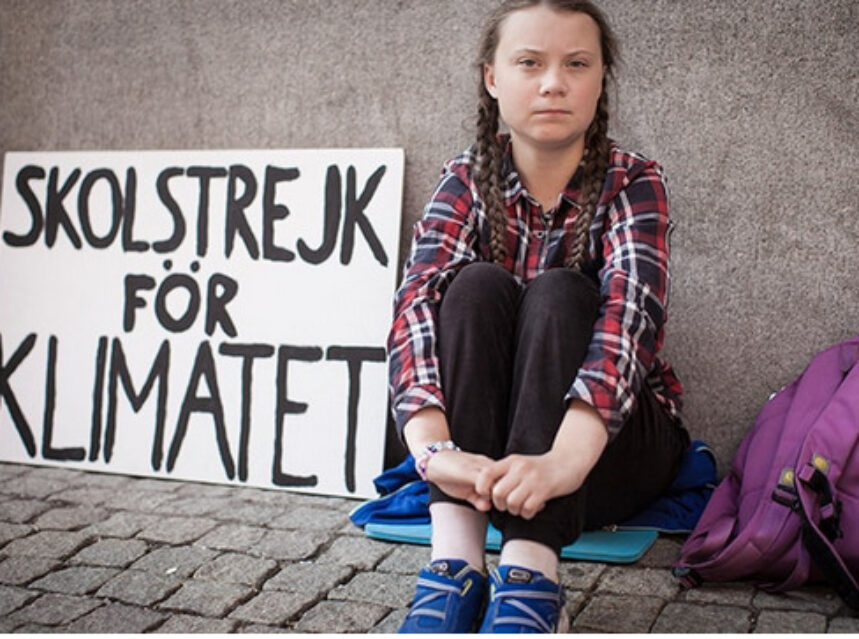 It is certainly uncommon to see a teenage girl becoming a media phenomenon of global dimensions and interacting with world leaders and being received by international organizations. Greta Thunberg achieved all that in just a couple of years.

“I Am Greta” a documentary directed by Nathan Grossman and made in 2020, captures her extraordinary trajectory.  From the time she started her quixotic “school strike for climate” in front of the Swedish parliament in 2018, when she was just 15-year-old, until the following year when she addressed the UN Conference on Climate Change in Poland and then the UN Climate Action Summit in New York.

Who is this young girl, now 17-year-old, who has been diagnosed with Asperger?  Is it just a media phenomenon or a powerful symbol for the fight against climate change? Or, perhaps, a little bit of both. As a darling of the media, depicted as the “girl with the right answers” is at times somehow irritating. It reminds us of the “teacher’s favourite,” seating in the front row who—when the occasion allowed it— we would give her a smack on her head when passing by. Her admonishing speech to international leaders begun with that famous “How dare you…!” is now a potent symbol of youth anger in the face of global inaction regarding climate change. The movie captures that moment very well, which eventually catapulted Greta as a courageous young leader.

However, Greta’s personality is far from the image of an outspoken rebel. Soon after the scenes depicting her initial protest in front of the Swedish parliament, she declares, “I don’t like to do small talk with people, or socialise” she adds: “Sometimes I may be quiet for hours.”  She also admits to having felt “depressed.” Her own insecurities are made clear when at one point, she suggests—about the people in general—”They are tired of me now.”

Indeed, the most candid expressions of her doubts come when she takes that demanding journey on a sailboat to cross the Atlantic to attend the UN Climate Action Summit in New York. The crossing, which she made accompanied by her father and the ship captain, would have been a challenge to anyone, let alone a physically-small girl like Greta.  (Although sixteen at the time, she really looks more like a 12-year-old.)  During the trip, she admits it was too much for her, but she also indicates that the cause for which she is campaigning is worth the sacrifice. (Greta refused to fly due to the high impact of commercial aviation over the atmosphere.)

The director and producers of this film should be praised for the sincere portrayal of a special young girl. Certainly not the average teenager from any well-to-do family living in a developed society. For some, an unexpected heroine of our time, for others a media creation. Respected by most political leaders despite them being her target for their insufficient action to counter climate change. Although with some exceptions: Vladimir Putin was not particularly impressed by her; while both, U.S. President Donald Trump, and Brazil’s Jair Bolsonaro were openly dismissive of her.

The film also mentions other unsavoury occurrences around the young activist: from innuendos of her being exploited by her family to death threats she has received. In any case, this documentary may interest especially people who are involved in the fight against climate change. However, I would also recommend it to anyone interested in current world events. “I Am Greta” is in Swedish with English subtitles and is available on Video on Demand on Apple TV+ and local cable operators. Running Time: 97 min.

Other articles from mtltimes.ca – otttimes.ca – totimes.ca