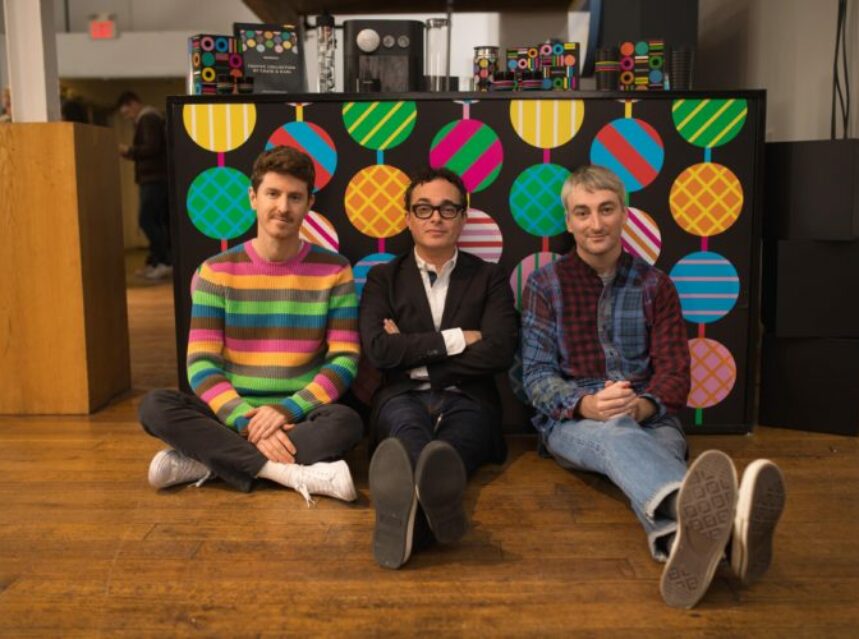 Designers Craig+Karl – They worked alongside presidents Barack Obama and Donald Trump, and with brands such as Apple, Google, Kate Spade, Nike, and now Nespresso. This designer duo is far from ordinary. One lives in London while the other lives in New York City. Even if they are separated by an ocean, they managed to create impressive designs and illustrations that are recognized all around the world. One of their more infamous work was the portrait of Barack Obama on the cover of the New York Times after the re-election.

Craig & Karl were in Toronto for 36 hours to present their latest brand, Confetto, in partnership with the international coffee brand Nespresso. Toronto Times met the duo for a “Coffee with the Creators” chat while they revealed their newest work and colourful universe.

Toronto Times – Welcome to Canada. What have you seen so far in Toronto? What was your first stop?

Craig – We arrived yesterday and we ate at Campagnolo last night. Everyone was talking about it. We had to try it. We also went to Mr. Flamingo. They were both fantastic. We love Toronto.

Karl – Yes, we are leaving later today and so far, Toronto is the only stop on our itinerary to meet and greet with the medias and show them the new collection in North America. We had a launch in London last week, where I’m from and now we’re here.

Karl – Our new line is a partnership with Nespresso. The brand wanted a special Holiday collection and since our universe is very colourful and playful, we created something very different and fun. The design is inspired by nostalgia and the idea of not wanting to grow up. That’s why it’s called Confetto, because it’s influenced by the idea of a Candy Land.

Craig – We came up with the idea of «cool candy canes» stripes. We took something that is old fashioned, a candy cane, and made it cool and modern. As artists, bright colours, stripes, shapes attract us, and we are very inspired by pop culture, so for us, to play with “candy” was a natural. The collection has lots of patterns and very bright colours.

Karl – The brands that we work with are creative and like to think outside the box: Apple, Google, Nike and now Nespresso. They are all brands that dare to do things. It’s important for a brand to understand that it’s to their benefit to do something different, to be unique and to have their own angle, in a way. That makes them stand out.

Feature image: Craig and Karl and Tommy Smythe (in the middle) photo by : Cliq Creative