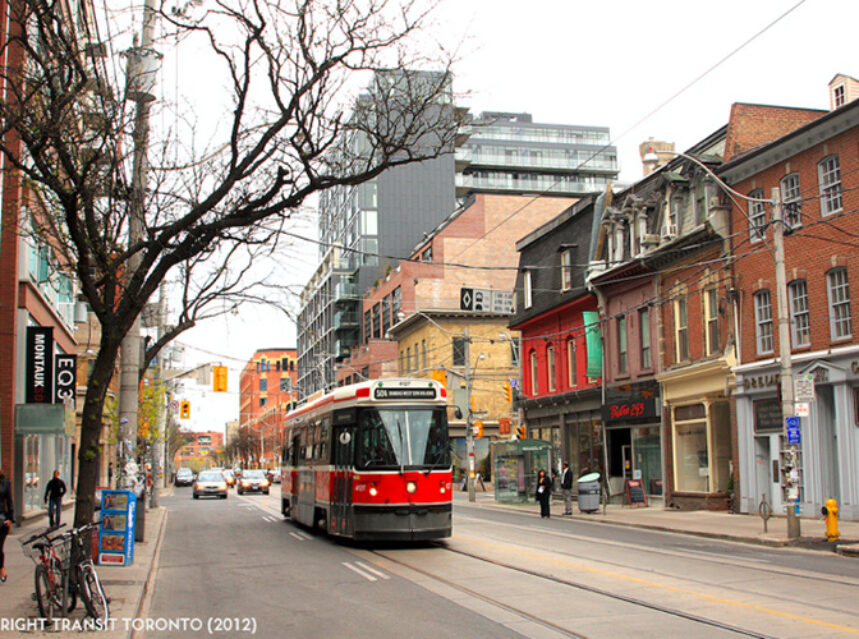 The King Street Transit Pilot project, between Bathurst and Jarvis streets, is scheduled to begin November 12th. The project wants to improve transit reliability, speed, and capacity of one of the busiest streets in the city. King Street is indeed the busiest surface transit route in Toronto, moving more than 65,000 riders on an average weekday.

But what is, exactly, the King Street Transit Pilot Project and what will it change?

The objective of the Pilot Project is to improve traffic flow on King by giving priority to streetcars and not allowing private vehicles through intersections instead.

Here are some other  key changes to expect as of November 12th on King Street :

Police will monitor key intersections on King Street for the first two weeks to educate drivers and enforce the new rules. Torontonians are advised to be careful while circulating in the project area at the beginning, due to those many changes.

The pilot project is meant to last for a year. During that time, the city will look at the impact on traffic, businesses, and streetcar speed, and will re- evaluate the project’s success.