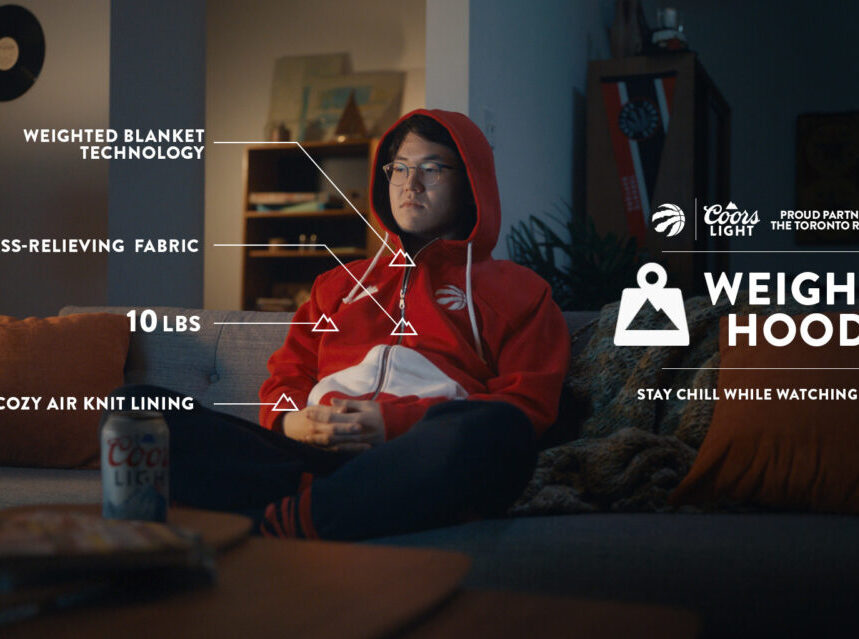 TORONTO, April 26, 2021 – With the NBA regular season coming to a tense close, it’s easy to get swept up in the game when it feels like every second counts. Sometimes, fans need a timeout to chill when the stakes are high. As the Official Beer of the Toronto Raptors, Coors Light wants to help by introducing the first piece of fan gear that is designed to maximize chill: the Coors Light Raptors Weighted Hoodie.

Using the same technology as a weighted blanket, which is popularly known for its calming properties, the 10-lb Coors Light Raptors Weighted Hoodie should be worn during games so fans can chill through buzzer-beating, couch-coaching, high-pressure moments with ease.

“Raptors fans are so passionate about this team, and sometimes the excitement and pressure of the game can be overwhelming,” says Akil Augustine, Official Host of Jurassic Park for the Toronto Raptors and Spokesperson for Coors Light. “The Raptors Weighted Hoodie can help Toronto fans cool off when we know that the Raptors are facing a new type of adversity and emotions are running high.”

Do you know a Raptors fan who could use a Coors Light Raptors Weighted Hoodie to chill during the game? Or are you self-aware enough to know that you’re that fan? Visit @coorslightcanada’s weighted hoodie post on Instagram or Facebook to tag and nominate a fan for a chance to win, or head to Ship and Sip to purchase while limited supplies last.